When You Come Undone

I consider my “undoing” the biggest blessing in my life. I vividly recall the lead up to coming undone. I had a toddler, her father and I were living thousands of miles apart in different countries. It started with him taking a short trip to see family and it ended up taking much longer than either of us had anticipated for him to return. His absence made me angry, sad and defeated.

My parents moved from my childhood home, fulfilling their lifelong dreams of leaving the city and settling in the suburbs of New Jersey. This was not my lifelong dream, but I was in no position to stay behind so I scored a small apartment on the top floor of their new home and they were very flexible with rent. That helped out when things got tight. The new place was just a forty minute drive from my friends back home but, I felt like I was on a different planet. The soothing sounds of tractor trailers and sirens were replaced by loud chirping birds and crickets. For some this would have been amazing, I lacked the maturity to appreciate the sounds of nature. I was driving an old Ford Explorer that only worked when it felt like working, which made me extremely anxious, so I ended up getting a new car but now had the financial burden of a car payment. It just seemed like everything and everyone was going against me.

I found a job close to home working for an Insurance Agency, I was doing data entry for medical claims. There wasn’t anything creative or exciting about it. To make matters worse, the pay was just about minimum wage. My days were long and my hands were full. Once I covered daycare, a new car payment, insurance and baby necessities, there wasn’t much leftover for extracurricular activities.

I was in a funk. Nobody called me to do anything, which worked out because I never had the energy to get dressed up and go out, nor did I have the funds. I focused on my daughter and making her life the best life possible. We’d do family things and be silly together, she was my little partner in crime.

Rome and I were still maintaining a relationship but, it wasn’t easy with the distance. He came to New York every other month for a long weekend and we’d stay in nice hotels in New York City, eat out as a family and have a blast. Then, he would get back on the plane to his home and I would head back to Suburbia. This became my reality. Between these trips back and forth and legal fees to change his status here, it felt impossible that we’d ever get caught up or ahead.

On top of the stress of us living in different countries, I was constantly bombarded with questions from everyone. I had family, co-workers and friends alike all asking me what was happening with us. It was assumed that he abandoned Chloe and I.  I heard everything from “he must have another life and family” to “what did you do to run him off”. I was trying to explain to people that we were still a couple, but it just never seemed authentic since we were rarely seen together. It was easier to tell people I was “over it” than the truth, which was I had no intentions of giving up on my family. Looking back, I could understand their concerns. Only the two of us really knew what was going on and what had to be dealt with in order for him to return here. I spent a lot of my time defending our relationship. It was hard to keep smiling and remain confident that it would all work out when everyone around me had already made up their mind about how this would end up. Me, a single parent, relying on others to get by. No matter how determined I was to make sure that wasn’t the case, the noise around me made it feel like the inevitable.

Somehow, I kept myself together well enough to make sure my child didn’t see me crying. “Suck it up, buttercup”, was my mantra. But, as soon as she went to sleep, I came undone. Swollen eyelids from nights of crying myself to sleep were the norm. This went on for almost a year when finally I had enough.

Oh, the twenty-three-year-old Dee-Dee had so much to learn.

Rome and I were on the phone and I was sobbing, yet again. I cried to him, about appearances and what it looked like that we were still living apart. How everyone keeps telling me to move on and realize he wasn’t coming back. Regardless of what I knew to be the truth, how much I trusted this was just temporary, it became unbearable to listen to the rhetoric. I told him I was tired of everyone questioning me, it was embarrassing and exhausting. I was done.

“I just want to PROVE EVERYONE WRONG” I cried.

The line went silent, as I tried to catch my breath. I wondered if he just hung up on me, something we promised we’d never do to each other no matter how mad we were.

Then, he said something. This would change my outlook on life forever.

“You know Dee, that’s just it… that’s the problem right there. STOP trying to prove everyone wrong! The only person you need to prove anything to is yourself. PROVE YOURSELF RIGHT!” he said.

But he repeated, “You have to stop TRYING to prove things to everyone and start living for yourself, prove yourself RIGHT”.

For some reason, the second time he said it, it made sense. I understood exactly what he was telling me. I was the ANSWER to everything that burdened me. We said our goodbyes and hung up.

That night I slept better than I had in months. I realized that my happiness was not going to be fulfilled by anyone but myself. Coming undone was not easy, but there I was, a disheveled mess who finally understood what was holding me back from my true happiness. I was going to stop being reactive and start being proactive. I was going to prove myself right.

The next day, I woke up early and really got dressed up for work. I wore make-up and did my hair, I was excited about life. I got Chloe up and off to daycare. I smiled through the day and even took a walk on my lunch break, something I never did. I turned on all of my senses, I was going to live in the moment and make things happen!

I was done worrying about appearances and what everyone assumed. I would no longer pressure him to come back to make me happy, which was totally out of our hands anyway. I had a new approach, I was going to love the shit out of myself!

That night, when I spoke to Rome, the energy was completely different.  I would tell him what we both needed to hear, I loved us. I also understood that his absence was as hard for him as it was for me, something I had never even considered. There was nobody to blame for our current situation and crying wasn’t speeding up the process, so I was done with that!

I can relay this conversation verbatim, more than 15 years later. Excitedly I told him “I dug out the old metal Radio Flyer Wagon my father refinished from the shed. I decided to pick Chloé up from daycare in it. She was so excited, her eyes got so wide and she was smiling from ear to ear”, I could hear his excitement “that is great” he said. This was what we both needed.

To this day I can close my eyes and see my baby girl, her golden brown curls tickling her face, her eyes squinting from the sun, open just enough to look at me. I pulled that red wagon and realized that I was given a gift. I was gifted a gem in those words “PROVE YOURSELF RIGHT”.

I would go on living my days loving myself through this undoing and knowing everything was just as it should be and it was going to be fine. I would nurture what I loved, my family and the belief that with time we would be reunited – for good. Our conversations were meaningful and powerful as we planned for our future TOGETHER, and it made the passing time so much easier. We were under the same roof by summer, which was great!

Had I held it together, who knows when I would have figured this all out? When you feel yourself coming undone, let it be. Then, love yourself back together. 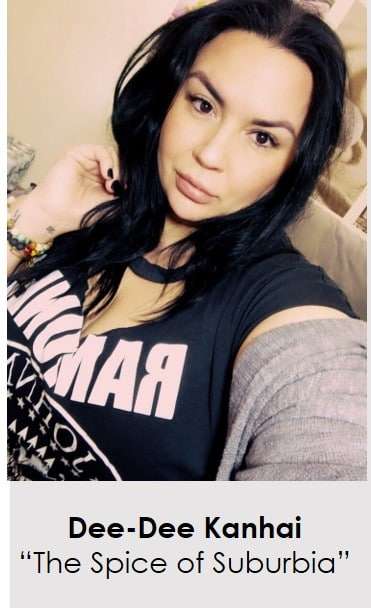