The Lost Art of Giving a Fu%k 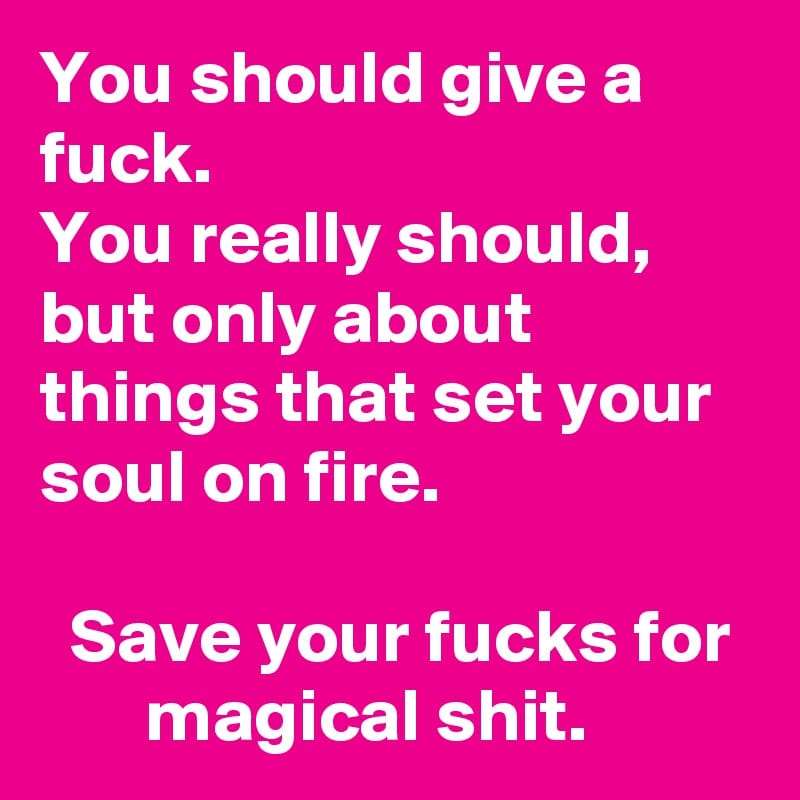 WARNING: the following subject matter is not suitable for young children or people offended by a copious number of f-bombs (this means you, Mom). I apologize if I offend anyone, but you’ll soon understand the reason behind them.

Sometime in early 2015, a friend emailed me and the subject line read: “YOU MUST READ THIS…!”. Inside I found a link to a blog titled “The Subtle Art of Not Giving a Fu%k” by Mark Manson. I was, of course, intrigued, and sat there entrenched for the 5-minute read (blog link posted below). I immediately championed the ‘not giving a fuc%k’ effort and shared the blog with everyone I knew. Then, a little over a year later, Mark released a book of the same name. I devoured it in 2 days and again, was totally on board! Then, I started to take notice of a trend happening on social, where the popular term “no fu%ks given” was THE hashtag of choice and now part of our social lexicon. Again, I totally endorsed it.  A full-fledged believer, but it was the actual living and breathing part of the ‘no fucks given’ movement which I found myself faking my way through.

Part of me wishes I could authentically not ‘give a fu%k’, because I would have to believe that when you truly live your life “no fu%ks given,” you must feel the greatest sense of peace. Right?  As for myself, I give too many fu%ks. Like, an unhealthy amount of fu%ks. I give a fu%k about stuff that’s not even mine to give a fu%k about. I give a fu%k about people who don’t necessarily give a fu%k about themselves. The more I claim I am done giving a fu%k, the more fu%ks I give.  So yes, the “fu%ks given” struggle is real.

I once had a psychology professor in college identify me as an “atypical empath.” I asked him to explain what he meant by that:
Empaths feel everything, sometimes to an extreme. They have a hard time intellectualizing those feels. Intuition is a filter through which they experience the world. They’re naturally giving, spiritually attuned, and good listeners. They have a special heart, often one that’s misunderstood; one that gets battered in the cruel world we live in. I can spot an empath right away. They’re pretty identifiable– they walk and talk the part. You are an atypical empath. You have this hard-outer shell that reveals itself as indifferent, but when you crack that outer layer you have this soft center that is incredibly caring, thoughtful and kind.
As he was talking I thought to myself “great, I am a fu%king M&M”. But it wasn’t until I got older that I knew exactly what he was speaking about. I come across as this aloof badass, the hard outer shell that stands up for myself and people I love. The little tolerance I have for ignorance. The opinions I have and express loudly. But I also have this soft, sensitive center that cares deeply about people, places and things happening around me.

I have noticed in the past couple of years or so that my hard-outer shell is thinning, and the soft center is peaking through. It’s a little scary, but I believe that is what happens when you invest time in working on yourself (and your shit). You shed the shell and reveal what matters. Or at least what matters to me: being a more aware, kinder, compassionate person in a world that’s hard to crack open.

This thinning of my outer shell became more apparent to me when I met up with a friend a couple of weeks ago when she asked, “what’s different about you?” I looked at her, perplexed. She continued, “you’ve softened,” (like it was a bad thing – lol). And I smiled and said, “thank you”, realizing that soft-gorgeous-center was revealing itself. As we got to talking about her divorce, men, careers and getting older, she said it: “As I get older I learned how not to give a fu%k”. I sat there and smiled but was puzzled. Not by what she meant or felt but I started to rethink this ‘no fu%ks given” position.  Am I supposed to walk through the rest of my life not giving a fu%k? Is this a thing that comes with age and some of the hurts, losses, betrayals that life throws our way?  Do we just armor up and stop giving a fu%k?  I mean, I just cracked the shell of “no fu%ks”, is there a benefit in putting those pieces back together again and safeguarding myself?

It wasn’t until I got home that night, in the midst of all the questions and my indecisive struggle, when my answer appeared right in front of me. My son Kellan jumped into my lap, and said, “give me hugs”. 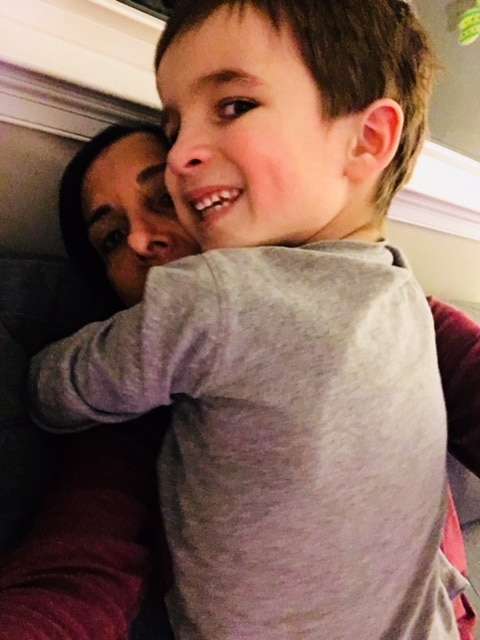 And we hugged. He nuzzled in the nook of my neck and we just sat there, hearts wide open. No shell, nothing but soft-innerness activated. I realized in that embrace that it was motherhood and raising a child with special needs that had cracked me open. Since Kellan was diagnosed with Autism, I have become so much more aware of those around me.  I am much more compassionate to those publically struggling.  And I am extremely sensitive to how those that are struggling are being treated (and most times ignored) by other humans.  I also feel my shell needed to shed itself because I now have a witness to how I’m living and feeling through life. Do I want Kellan to go through life with a hard outer shell or a soft, caring center? I choose the latter. I mean, don’t get me wrong, he is my son so he’ll learn how to stand up for himself, have a voice and use it. But what I didn’t realize until later in life was that you can be all that and still be kind, thoughtful, and caring.

So, here I stand in my 46-year-old self no longer questioning my ‘fu%ks given’ dilemma – instead I have found it to be the ultimate life hack. ‘Giving a fu%k’ is the energy source that gets you through every blow, every embarrassment, every failure you encounter along the way. Your fu%ks given determine who you are, where you’re going, what you get out of life, and what you put back into it. Your fu%ks given provide you with the ability to pay attention, connect and be vulnerable with others. It’s the essence of who you are and it’s too great a power to not give a fu%k about.  So go ahead, be a rebel, give a fu%k in a world that gives none. Your life will be better for it. 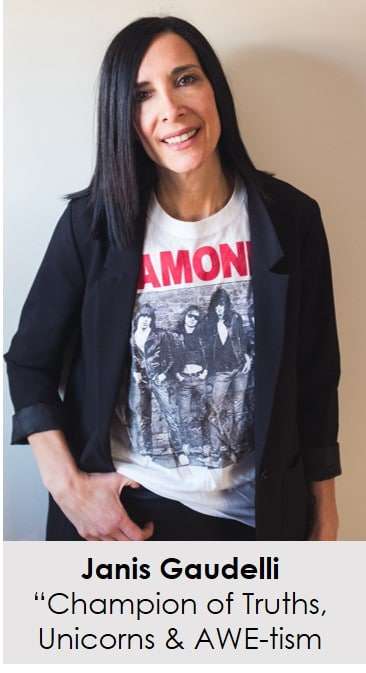