Why Millennials Were Misguided About Being An Adult

I thought we could trust each other. You were one of my first friends. The one I turn to when I am exhausted or angry and just need to feel better.

But, I’m here to say that you are a damn, dirty liar! That’s right — television can’t be trusted!

Each of these shows lied about what life would be like as an adult. Even when I lived in an apartment building with a pool, there were no sex shenanigans going on in and around it. And for 90% of writers, you aren’t going to live in a big Manhattan apartment with a closet full of designer clothes and shoes. And let’s not even talk about the unrealistic budgeting world that the cast of characters on Friends lived.

Millennials were spoon fed this notion on our television screens as we grew up the same way that babies are spoon fed mush. Whether we want it or not, it’s going to be forced on us and there’s no dessert until we swallow it down.

The problem is — in case you haven’t heard — Millennials are poor. We are cutting expenses like cable because it’s an unnecessary bill when we could just steal our brother’s Netflix password and stream everything on our own timetable. Writing think pieces about what industry millennials are killing is what is keeping journalism alive. Score one for my generation! It’s not that we don’t want to use napkins (one of the many industries we are being accused of killing) — it’s that we don’t have the money to buy paper towels, wash-cloths, toilet paper, AND napkins on the regular. I mean, it’s just wasteful!

But honestly, inflation is a bitch. It has been hammered home since birth that college is a requirement. Except what they don’t tell you is that to get that degree, the average person goes into debt by over $30,000.00. You’ll be middle-aged before your loans are paid off. Also, that’s enough money for a down payment on a house.

To make things even better for us, the Great Recession kicked in right as we started to enter the job market. So many of us who were able to find jobs likely weren’t being paid as much or receiving the same type of benefits, as those hired even five years prior. That is coupled with the fact that overall wages have been stagnant since the 1970s. We are owing more right out of school, but aren’t earning significantly more than previous generations.

Yet, because of what we saw on television we were led to believe that great things were possible. We could go to brunch to recap our weekend shenanigans and still have money leftover for a pumpkin spice latte every damn morning. (ps… I hate coffee and anything pumpkin flavored. Change my mind.)

A friend of mine mused to me recently, “I don’t know how you do it. Drinking is so expensive. When I was in college, we had $1.00 drinks.”

I nearly choked on my vodka sprite. Do you know the dirty things that I would be willing to do if I could get drinks for $1.00? I would end up in confession for the rest of my life… but it would totally be worth it.

Despite the financial setbacks that many of my friends have experienced, we still strive for that American ideal. Buy a house. Get a dog (ideally, the dancing one below). Retire at some point. Maybe get married. It’s just we are taking longer to feel financially comfortable to get to these milestones. There’s optimism that we will be able to do all of these.

One thing is obvious — don’t trust anything that television tells you. It’s a dirty lie and will only lead to ugly comparisons. But, if anyone does have an apartment complex where the neighbors’ favorite hobby is playing musical sleeping bags, sign me up. The reality is that of the eight other apartments in my building, we all exchange pleasantries just enough so that if one of us is a serial killer, we won’t be the first victim. 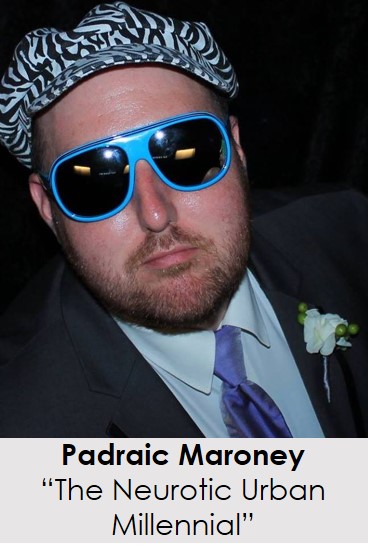