My Ode To Teen People Magazine

Not many people can say they had their dream job at the ripe old age of 28.

At the time, I was young and unaware of just how special this job was, and the impact it would have on my life.  Not only because of the job I was hired to do, but also the product I was so proud to represent, the audience I so deeply fell in love with, and the people I worked with. The people who, to this day, I call lifelong friends.

In four short days, those “people” will be getting together to celebrate 20 years since the launch of Teen People Magazine, a product that not only changed our lives but impacted a generation significantly.  So, I felt there is no better time to pay tribute to that dream job I was fortunate to have at Teen People Magazine.

It was 1999, and I was working in the fragrance industry. I was researching consumer trends and studying generational patterns and behaviors, and tasked with a year-long project studying an emerging generation identified as Gen Y (today we know them as Millennials).  About six months into this deep dive, I found myself captivated by this culture and its lens on life. Then I got the call that changed everything:

“Hey Jan, it’s Jenn (you know her as The Hustler), not sure if you’re looking for a new gig, but we’re hiring in our research department at Teen People.  If you’re interested I can connect you with my boss to hear more.”

She set it up so I could come in and speak with her boss, the Associate Publisher at the time, Paul Caine.  The day of the meeting, I took the elevators up to the 24th floor of the infamous Time-Life Building.  The doors opened and all I saw was PURPLE – purple was plastered everywhere.  I was intrigued, to say the least.  I was met by an assistant who walked me down the hall to Paul’s office.  I felt like I stepped into a 16-year-old’s bedroom: pictures of pop idols plastered on the purple walls, young professionals who looked like they could be teens themselves, music blasting outside the doors of all the offices, and an energy that was downright infectious.

And then I met Paul, who led one of the most inspiring, exciting, and yet sincere interviews I have ever been on.  He didn’t just want someone to fill a job, and he didn’t just inquire about my skillset.  There was some serious soul-seeking that occurred in that interview, because Paul and the rest of the management team weren’t just looking to build a staff.  They were thoughtfully crafting a community of bright, eager, fun passionists to give voice to one of the most powerful, game-changing generations to date, and revolutionize the publishing industry in the process.

I walked out of that building knowing that if I were lucky enough to get this job, it would change my career trajectory… and it sure as hell did. 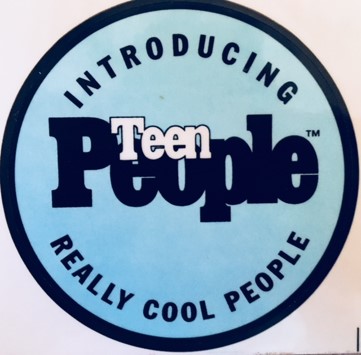 “For and By” was the model at Teen People.  Everything inside the magazine and outside (ie. our public presence) was not only “for” teens but “by” teens.  Teens had their thumb on the pulse of the product.  I was hired to manage a community of 7,500 teens, (at the time) the magazine identified as Trendspotters.  Trendspotters were 13-24 years old and served as the voice and vision behind the magazine. These teens not only played a role in writing and being featured in the magazine, but the management team felt they could play a bold role advising advertisers as well.  Anne Zehren (Publisher), Christina Ferrari (Editor in Cheif) and Paul Caine laid the foundation and let me, Tristan Coopersmith, and my counterpart in editorial, Isabel Gonzalez, run with it.  And what a ride it was. We literally spent our days living and breathing youth culture.  This was before social media, so our communication with this group of trendsetting teens was via email or literally venturing out to meet with them– which we did.  At the time, they didn’t hang out on their phones.  Technology didn’t consume their time or space.  They were ever present, and we were ever-interested.  We got paid to hang out and learn from teens.  Best. Job. Ever. 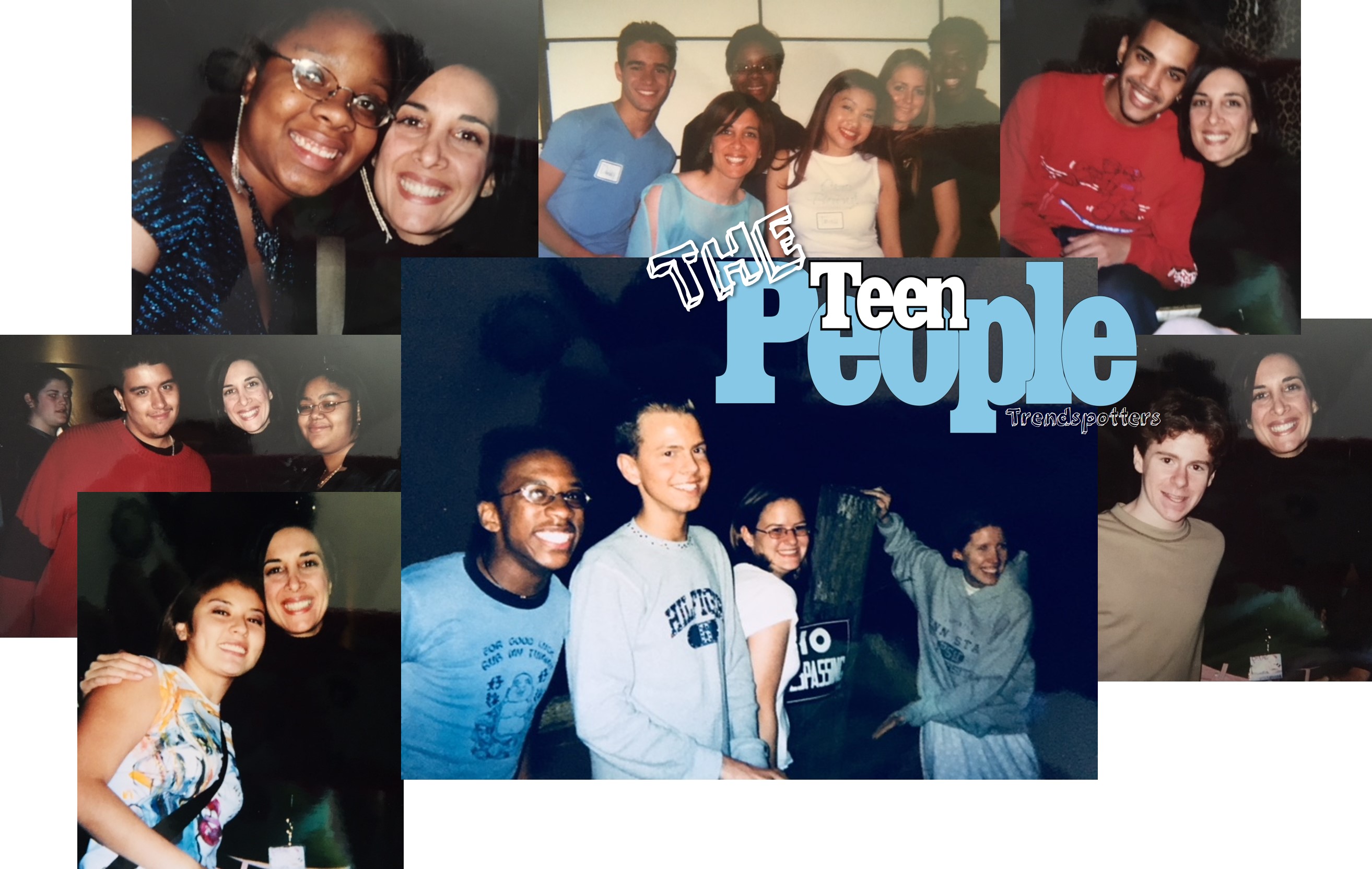 In this role at Teen People, I was raised on Millennials.  When you’re so immersed in a culture that’s not your own, you apply its lens on life.  And what a lens it was.  They taught me so much professionally, but I’ll never forget how they fostered my personal growth.  When people ask why I defend Millennials, this is why.

They taught me how important vulnerability is. They candidly revealed their rawest, truest selves to me and required the same in return.  They expected reciprocation and realness because it’s how they learned to trust and connect.

They nurtured my soul with their depth.  I had never had such meaningful conversations about life as I had with them.  They talked, I listened and absorbed.

They instructed me on the shades of gray, because in their world there is no black and white.  They allowed me to be more open and uninhibited.

They helped me craft a deeper compassion for and acceptance of others.

They taught me the importance of laughter.

They treated me as their equal (which was weird at first, but eventually I got it).  Millennials are blind to differences (color-blind, age-blind, status-blind, etc.).  We’re all equal in their eyes– how refreshing!

They instructed me on the importance of playing as hard as I work.  Setting aside time to get lost in play.

They consistently demonstrated genuine optimism.  I marveled at this quality. They were happy to just be, and, when I was in their presence, so was I.

There is so much about this generation that is misunderstood.  Being a part of their lives when they were mere teenagers, I witnessed how they coped with traumatic events like Columbine and 9/11.  I saw how their viewfinder broke and life as they knew it completely changed. That’s when it became crystal clear that the beaten path wasn’t the one they’d choose to follow, and that they would purposely buck the system.

They would seek experiences over ‘things’.  They wouldn’t readily commit to any one thing, until they could trust its authenticity.  They would stay true to their purpose-driven passions instead of selling out for a paycheck.  Sheep they were not. And for all this and more, I will continue to stand up for and by them, as they strive to change the world.

I am proud to say, 20 years later, that I am still in contact with many of these Millennials, whom I now call friends.  Two write for The Daily Feels, several have mastered the entrepreneurial spirit and own successful businesses, a few have won awards for their industry talents, some found their way to the stage and behind a camera, a couple are amazing fashion designers, and many are amazing parents to kids of their own.  I am indebted to them all for giving me a new lease on life and allowing me to find what I love to do, so much so that it never felt like work

Below photo montage: Trendspotters, today… all grown up, taking life by storm. 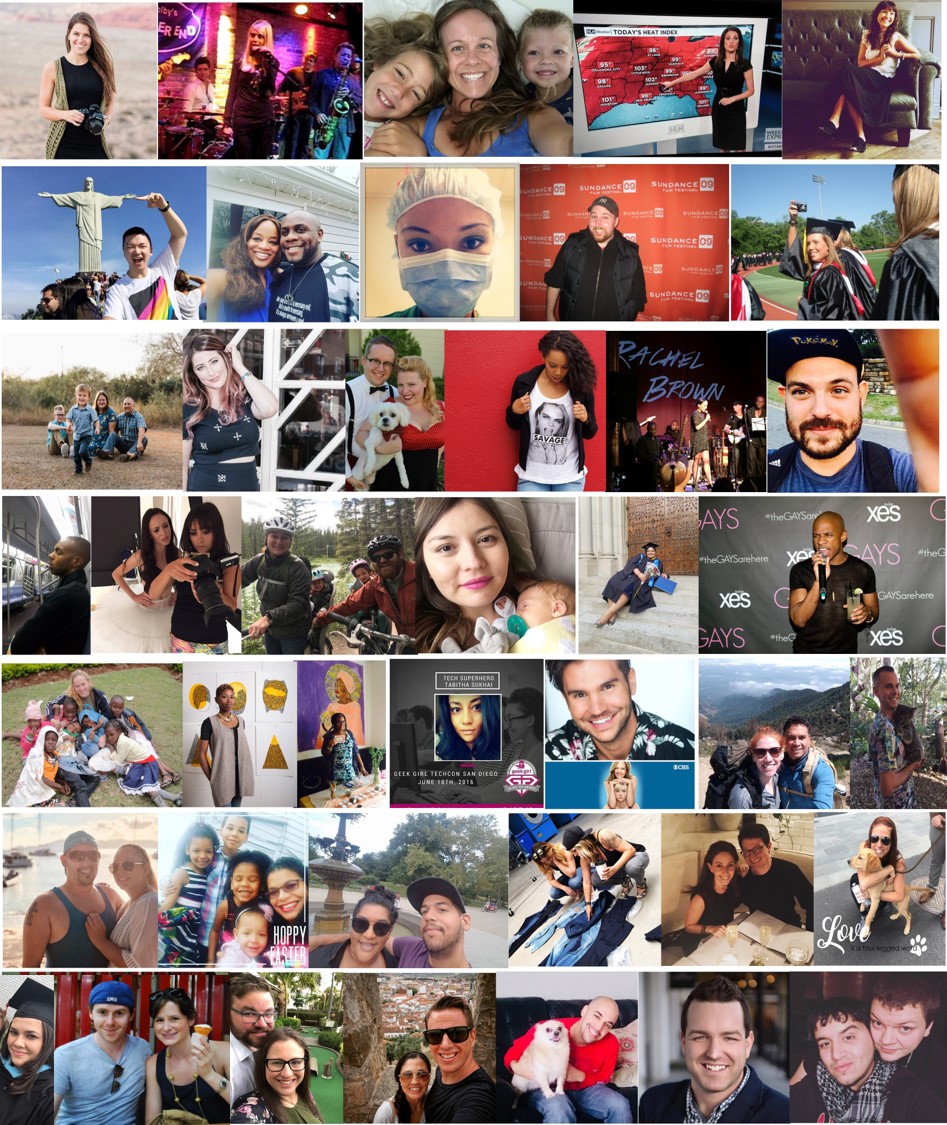 Aside from the Teen People Trendspotters, I was blessed to work among the brightest, most creative, and hardest working individuals who truly believed in what we were trying to achieve and dreamed of creating a brand that impacted people’s lives.  We were all pretty autonomous and bred as intrapreneurs, even before “intrapreneurs” was a thing.  Our management team was filled with big thinkers and expected a lot of us.  Oftentimes we would go into meetings where they presented ideas that seemed impossible to execute – but they believed we could, so we did.  We worked long hours & weekends, and with all that time together we developed some lifelong friendships. 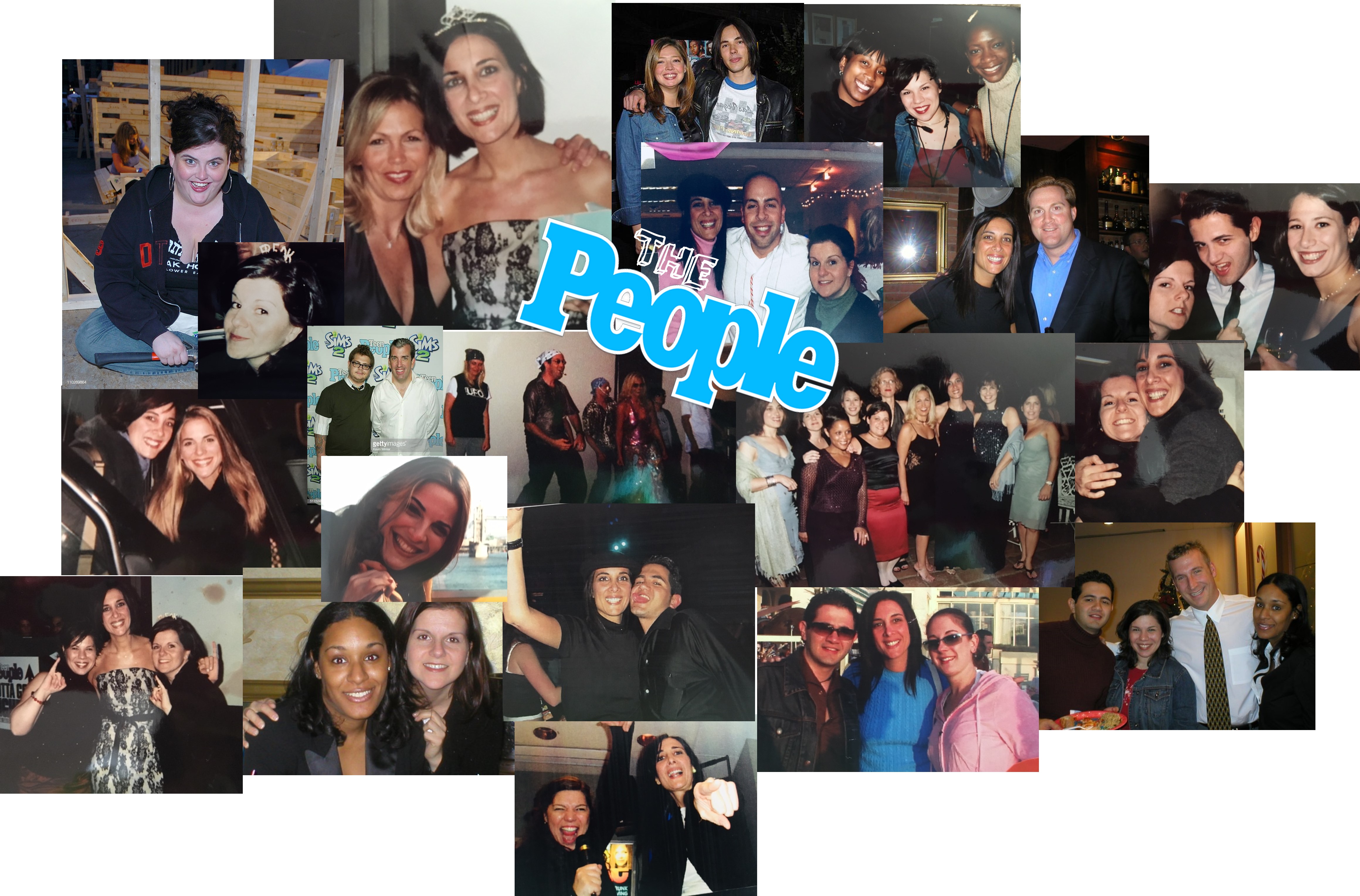 We all left Teen People hoping to recreate that specialness someplace else, but we found that the magic formula could never be replicated.  What we did take from that experience was the passion to go do purposeful, bold, exciting work.  Several co-workers became publishers of other publications, others ventured into digital (knowing print was losing its luster), a handful became published authors, some started their own companies, and many of us became parents to little trendspotters of our own.  But no matter the direction life has taken us, we will always be united by a time, place, people and a product that raised us to never forget our roots. 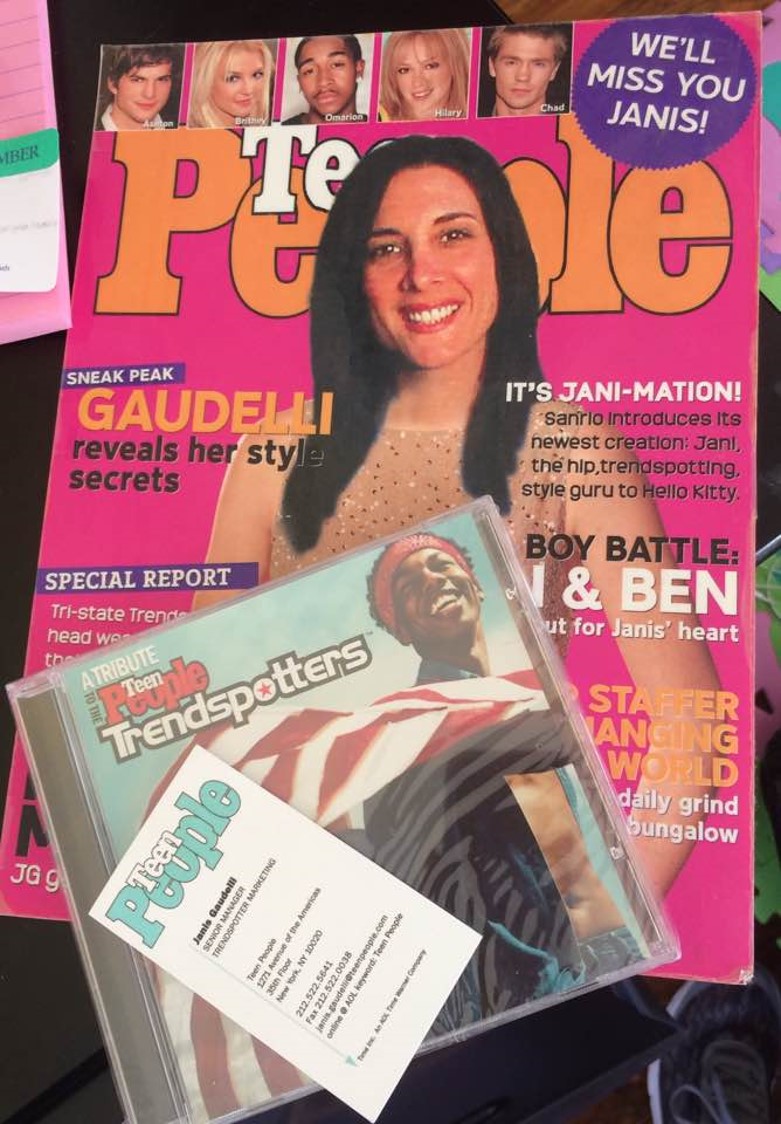 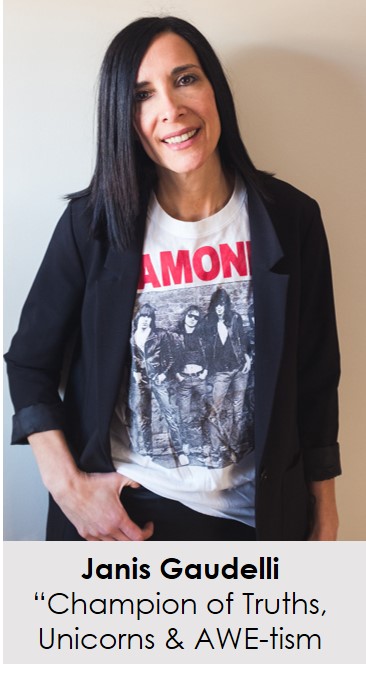