Hey, We Need To Talk… 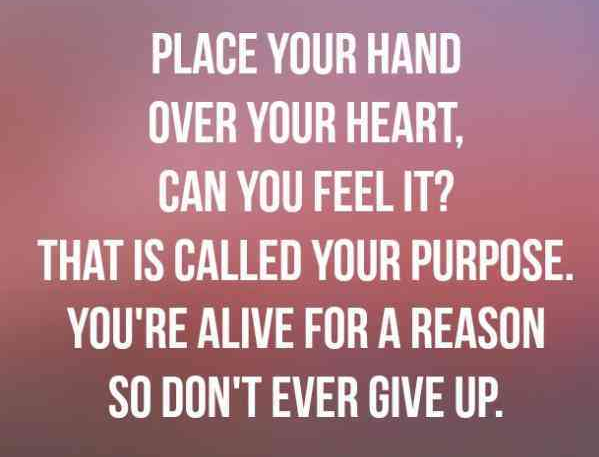 The words everyone dreads hearing: “Can we talk?”

Why? Because often we don’t want to hear or accept what comes next.

Well, I urge you to hear me out, because what I am about to reveal affects us all, whether it be directly or once-removed.  This time last week, reality gave me a swift kick in the ass, when someone I admire and care for, a tribe member here at The Daily Feels, shared his blog revealing his attempted suicide, six years ago.  If you haven’t read it yet, I encourage you to do so (“A Simple Goodbye”by Peter Dunn).

Peter’s story not only awakened this ignorant giant in me, but it’s what happened next that shook me to my core. The days after Peter’s blog launched, my inbox started filling up with “me too” emails. No, not the #MeToo we’re all familiar with, but something equally as important.

Peter’s story allowed people to come together and admit something they’d kept hidden out of shame and discomfort.  I had FIVE emails and two phone calls waiting for me, each one commending Peter’s brave reveal and the relatability. They too had walked hand in hand with attempting suicide.  The most shocking part of all? Out of those seven people who were brave enough to share this with me, there were two I knew pretty well.  I consider them friends, and yet I never knew they had thought about or planned a departure from this world. How could I not have known this?  How could they not have told me back when they were struggling?  How could I have been so blind and deaf to their darkness? How??

I have thought about this for a week now and just started to raise the topic of mental health and suicide with a handful of people.  Here’s the feedback I received:

“Why are we talking about this?”

“Can we change the subject, please?”

“God, you’re bringing me down.”

And then I got IT.

Suicide is a topic that is often dismissed, due to the sadness & discomfort associated with it.  This is a topic that is still taboo because one must be crazy if they bring up such a subject matter, right?!  This topic scares many people because they immediately think you’re in trouble…and maybe you are, but avoiding the conversation is not the fucking answer.

So, what is the answer?  I wish I knew, but the less we talk about it and don’t address the worldwide epidemic, the further away we are from figuring it out.  This could be why those seven people didn’t call out for help.  Because they might have been dismissed or deemed crazy or told “you’re bringing me down”.  I racked my brain, wondering if I have ever made a friend feel this way.

I decided to call one of the friends who disclosed their attempt.  I had so many questions and she was the one person who could answer them.  I asked her if I missed something?  “Did I not pick up on something during her time of need?  Did I ever dismiss you?”  As she put it, “I find that people with suicidal thoughts, and who plan their suicide, are great at hiding it, for the mere fact that if they tell someone, they might be stopped.  I hid it from everyone, even my boyfriend at the time and we were living together.  Here’s the thing about it, Jan, if you’re really in the bell jar (like I was), and want to end your life, you’re not giving any clues to those close to you,  because you want to succeed at the attempt.  On the contrary, If someone calls you and admits to wanting to kill themselves, yes, be concerned, but know that they want to be stopped before committing the act.”

Whereas that was a difficult conversation to have, I felt grateful for her share and that she was still here, gracing me and all who love her, with her specialness.

With that gratitude, I started to acknowledge the ways I could become more aware.  How I can possibly be more present, more involved with the people I love.   It was then that I made a pledge of sorts, a commitment to myself and my tribe.  Four simple agreements that I will now hold myself responsible for:

+ I am committed to becoming better informed about suicide and mental health as a whole.

+ I am committed to becoming more conscious…to stop scrolling, texting, snapping, Instagramming…to look up and be more present.

+ I am committed to paying closer attention… not only to the friends who freely express their sadness but more importantly to the ones who don’t.  Take note of the strong ones; they often feel the need to carry the heavy weight themselves, because asking for help seems weak.  The two friends who reached out to me after Peter’s blog, yeah, they’re the strong ones.

+ I am committed to becoming more open to those I love, so they never feel alone, unloved, unworthy of staying on this beautiful earth.  And no discussion is off limits.

I kicked-started this pledge by arming myself with the facts. When I am at a loss, when I don’t have the answers, when I am desperately trying to find a solution, I seek out information.  I educate myself, so I am better equipped to take action.  I spent a full day researching.  I sat there at the end of it all, realizing how our society has buried our heads in the sand about this crisis, myself included. I mean, shit, I didn’t even know September was Suicide Prevention Month, did you?  Here’s what else I didn’t know:

So with all that you just learned…did your jaw just hit the floor, heart break wide open and now feel the need to actively do something about it?  Do you want to commit to being more conscious and mindful of what those around you may be going through? C’mon, let’s do this!

I started this pledge by writing a brief, straightforward, loving letter to the seven people who reached out to me last week, and then I released it to my close-knit tribe.  If you like it, steal it, share it, tweak it, release it to those you feel need to hear it, letting them know you’re there for them, ALWAYS.

We need to talk.  I wanted to reach out and tell you that I love you.  I am ever so grateful to be walking this earth alongside you.  I know life gets hectic and heavy and too much to bear at times, but I want you to know something…I AM YOUR PERSON.  I am your person if you ever want to talk about any scary thoughts you might be having, no matter how dark or alarming, I am here to listen.  I want to sit beside you in the darkness for as long as it takes to prove that you’re loved, and express it to you over and over again, that this world would be so much less special without you.  I want to be the person who makes the calls you need to seek guidance.  I want to be the person to take you to whatever doctor, specialist, therapist you need to see, to feel better.  I want to be the person who holds your hand for as long as you’ll let me.  I want you to live.  I want you alive so you can be that person for someone else.  I love you.

So this is my mission, and hopefully yours at this point…to reach out to the people we love more often, pay more attention to them, listen intently, love them, continue to let them know you’re happy they’re alive.  Because maybe that’s the outreach, the conversation that can make a difference.  That’s the conversation I will forever be committed to having. 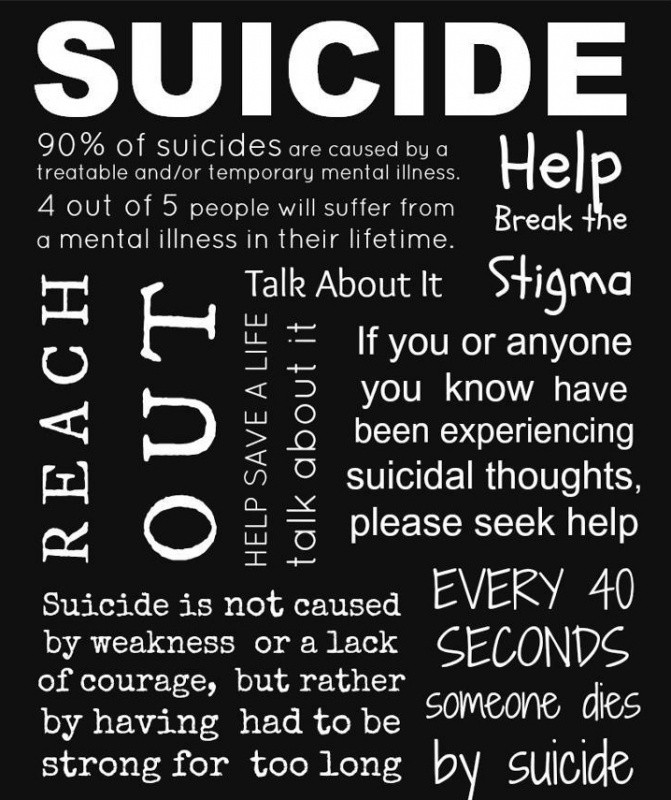 If you or someone you know is in need of support or just want to be better informed, here are the resources I found helpful:

The number to call if you or someone you know is in crisis. 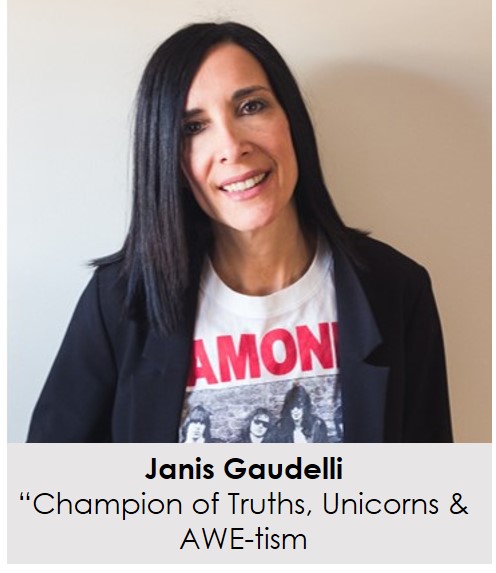