A couple of months ago, I awoke in the middle of the night and decided to write a story on finding the “G” Spot.  I began to jot down my thoughts and before I knew it I was done.  I was pleased with what I had written.  Just as I was getting ready to go back to sleep, my husband woke up and asked what I was doing up so early.  I told him I was writing a story on finding the “G” Spot”.   His response, well I’ll leave that to your imagination.

The next day in a written conversation with Janis at “The Daily Feels”, I hinted about my story.  I believe it peaked her curiosity.  I may have told her that I might use it one day on the blog.  In any event, the day came when I was going to submit my next story.  I had two to decide from.  The first obviously was the “G” Spot story.  The second was a story on how I met my husband.  I couldn’t decide.  When I went to my iPad to read both stories and make my decision, I noticed that I couldn’t find the “G”  Spot.   What happened to it?  Where did it go?  I searched and searched for over two hours.  Nothing.  My “G” Spot story was gone.  I knew I wouldn’t be able to rewrite it in the same way, so I gave up on it.

Feeling frustrated I wrote to Janis and told her I couldn’t find my “G” Spot.  She said, “maybe it wasn’t meant to be”.  I supposed she was right, but being me I wasn’t gonna rest until I found it.  I searched high and low and just as I was about to give up, there it was.  I was ecstatic.  I found the “G” Spot.  I delightfully began reading it and realized I was not completely satisfied with what I had written.  The concept of the story was good, but my delivery was not as climatic as I had hoped.  I had to find a new way to express what I needed to release in thought.  I wasn’t sure when or how I would accomplish it, but I knew the end result would be pleasing.

I laugh as I’m writing this because there is a definite unplanned sexual undertone to the beginning part of my story.  I guess that’s what most would think Finding the “G” Spot was about.  Something on a sexual level.  They would be so wrong.  The “G” Spot I am referring to is not sexual at all.  It is, however, one of the most fulfilling and gratifying spots we will ever come to know.  It is the spot inside us all where the pleasure of knowing God can be found.  It is our God Spot.  We all have one.  Even men do.  Some of us think the idea of a God Spot is taboo.  They don’t believe He exists.  How could He exist and allow all the pain and suffering that we face to go on?  They’d rather believe in nothing than explore the possibilities of the existence of a God that can fulfill our every need.  That’s their choice.  They never have to search for Him if they don’t want to.

Not everyone has the same desires for what pleases them in life.  I, on the other hand, am always discovering new pleasure points in my relationship with God.  I am constantly being brought to ecstasy each time He touches my heart with a burning sensation of the most powerful love one could ever imagine.  It is not temporary.  It is a feeling that lasts and leaves me so fulfilled that I seek more and more.  It is an understanding that even though I may not always get what I want, (I usually do though) I will still reap the rewards of being patient and grateful for all that I am given.  Good and bad.  Both have reason in life.  Without struggles, pain, and hardship, how would I ever appreciate what is good?  If I doubted, how could I learn what it means to trust?  If I spent all my time trying to be fulfilled, I’d miss out on the real pleasure of life.

Most of what I’ve been given has come from fighting through some tough battles.  I  hid behind my weaknesses.  Once I allowed myself to trust God, those weaknesses turned into strength.  Everything I thought I was, I was not.  God showed me what I was capable of.  From a child who hated reading because I couldn’t comprehend, came an ability to write.  From a person who could not articulate what was felt inside, came a way to express myself.  Things that I thought I couldn’t retain, that left me feeling dumb, and inadequate, now surface to my shock and awe.  I see and hear things that are being expressed through me, and I know they come from God. Through my pain has come some of my greatest blessings.  I was blinded by my own preoccupation, by what was wrong, that I never saw what was right.  All that is transpiring in me at this time, is a direct result of me finding My God Spot.  It is a place that I can go anytime and leave feeling more fulfilled than the last time.

If you are feeling unfulfilled, dissatisfied, frustrated and are unable to reach a feeling of total ecstasy, may I suggest that you go in search of Finding your true “G” Spot.  I promise you, you will not be disappointed ;-). 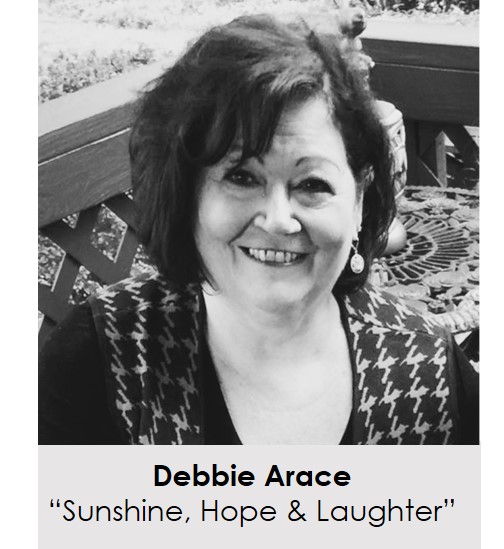 Married 44 years to my hubby, whose purpose in life is to prevent me from getting through the “Pearly Gates”.  Mother of two, Nanna of four loving granddaughters and retired secretary aka administrative assistant.  I went to the University of Hard Knocks where I received my Doctorate.  My thesis is titled:  ‘How To Survive Life’s Trials Without Killing Yourself or Someone Else’.  I live by the belief that when life throws you a curve, learn from it rather than use it against yourself.  Faith and humor are my survival kit.  Appreciate the simple things for they are the true treasures of life.