By the time you read this, I will be 7 days clean

Today, I am 7 Days clean of a drug I have struggled with my whole life.

You might say to yourself, “Sugar isn’t a drug.”  Well, friends, research shows that that sugar consumption fires up the same areas of the brain that are triggered by cocaine. And according to Dr. Mark Hyman, sugar is EIGHT times as addictive as the narcotic. 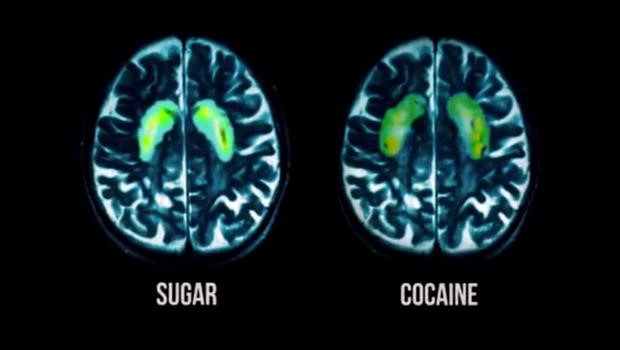 If you still don’t believe me, check out this lab study done with rats.  It will blow your mind:

I have tried to kick my sugar habit so many times that I have lost count.  I have given it up for lent a couple times, taken on a bet with friends, accepted the challenge from one of my fitness trainers… but each and every time, the monkey on my back returned and won.  Furthermore, every time I returned to my sugar-induced life, those sweet, evil demons became more powerful, convincing me that I cannot live without them.

Last week, as we all prepared to welcome 2019, I thought about this whole ‘resolution’ idea.  You know, when people make a pledge to give up something (smoking, drinking, etc.) or bring something more positive (exercise, new job, etc.) into their lives.  Once the clock strikes midnight on 12/31, it’s game on. And usually, just a few weeks later, game over.

That rollercoaster is exactly why I stopped making resolutions.  I don’t like setting myself up to fail.  Instead, a few years ago, I decided to dedicate a “word” to guide me throughout the year.  Focusing on a word is easier, more amenable, and aligns with my overall soulful approach to life. I set my word on my birthday and this year that word is Nourishment.  When I chose my word, I took into account all the things in my life that don’t serve me mentally, emotionally, or physically.  As I mentioned in my birthday blog, when you say “nourishment”, diet is generally what first comes to mind. My word didn’t necessarily have to do with what I consumed nutritionally, however, at that time, I was in denial that my love of sugar was, in fact, an addiction.

Since establishing that word as my guiding light, I have done really well at nourishing myself emotionally and mentally. But physically? I am failing. And that failure was all the more evident during the holidays.  If it had sugar on it or in it, it was consumed.  I woke up each day declaring I wasn’t going to eat the cookies, candy, cake, etc.  And yet I did, all damn day.  I couldn’t stop.  I felt like shit, I looked like shit and my spirit was breaking down.  I had hit rock bottom and knew I had to pull myself out of this sugar-induced frenzy.

I believe when we make the conscious decision to do something, the universe delivers in strange yet beautiful ways.  During my week off I saw not one, but several articles appear in my newsfeed about the effects of sugar, how to detox from sugar, and food plans to help people like me quit the sweet stuff.  I am an avid podcast listener, and suddenly my updates included advice from nutritional experts and mindful practitioners about how to properly “nourish” (yes, that’s the word they used) your body, mind, and spirit. I know this comes as a shock, but apparently, you can’t nourish one without the others.  It’s a one-stop-shop if you’re going to commit to living a nourished life.  It was then that I realized I was half-assing how I was applying Nourishment to my life.

Then the final sign appeared. The one that made me realize this ain’t no coincidence. As I sat on my couch, channel-surfing during the holiday break, this appeared on the screen:

Have you ever seen the documentary, Fed Up? Since its release four years ago, everyone has nagged me to check it out, to which my reply has consistently been, “What I don’t know, won’t hurt me.” (In hindsight, I believe their suggestions were out of concern).  I didn’t want to see it because I didn’t want to admit I had a problem.  I didn’t want to see people like me on the screen, living ‘for and by’ the sugar Gods.  I also wasn’t ready to recognize that this drug, which I was so reliant on to bring me joy, was out to kill me.  So, I avoided this documentary like the plague. And I could pretty easily because, at the time, it was only on Netflix.  But this time, I couldn’t run anywhere. I mean, I could have changed the channel, but I was meant to see this documentary.  It was time. This was the motherload of all wake-up calls.

I’m pretty sure my mouth was open in shock for the entirety of the film.  I watched in horror– disgusted, sick to my stomach and ashamed.  I saw myself up on that screen.  I was as ill-informed as those individuals in the film who shared the same addiction. I knew the level of sugar in the usual suspects: soda, cereal, candy, etc.  But what I didn’t realize was how much sugar is in almost every product I have in my kitchen cabinets.  A quote from the documentary kept replaying in my head, “There are 600,000 food products on the US market.  80% have added sugar.”  Facts like that made me pause and rewind a few times, just to make sure I heard them correctly.  Holy crap people, we’re in deep, and every food manufacturer (and our government) is aware of it (and profiting from it).

If you’re addicted to sugar like me, this is a must-watch.  Your life depends upon it.  If you’re a parent, I advise you to set some time aside to check it out, as childhood type 2 diabetes has increased at an alarming rate. Basically, if you have a pulse, I urge you to not ignore this film.  I’ve even made it easy for you, because here’s a link to the full version:

After the documentary ended, I sat there for a good hour trying to shake off what I had just processed.  But I couldn’t.  Instead, I went to my kitchen, flung open the cabinets and started to evaluate the sizeable sugar count in my so-called “healthy” foods: yogurt, bread, tomato sauce, protein shakes, salad dressing, peanut butter, breakfast cereal (the supposedly healthy kind), wine, dried fruit, protein bars and even some fruit (albeit natural sugar, it still feeds the beast) and the list goes on and on.  It shouldn’t come as a surprise to you that I confess to eating A LOT of candy.  Not a day goes by that I don’t chew away at some type of sugary confection – gummies, nerds, starburst, skittles, twizzlers, etc.  I had candy stashed in every corner of my house, office, and car.  That’s the obvious culprit of my addiction, but when I started to pay attention to the sugar content in the normal foods I consume, I was dumbfounded and sickened.  These food companies disguise their products as “healthy”, but they’re not.  Food manufacturers play an important role in perpetuating the sugar epidemic

What does someone with a sugar addiction do with this information?  You can’t just watch this film and not change something about what you’re eating.  After the shock wore off, I attacked my kitchen. I gathered every piece of candy in my house (the amount filled a recycle bin) and threw it out.  Here’s how you know you have a problem: I stared at that bin in my kitchen for two whole days before I threw it out.  And when I finally did, it pained me so much that I had to literally take the garbage bag and put it in the bin outside… because I didn’t trust I that wouldn’t pick it out of the garbage.

After disposing of the evidence, I began researching gentle detoxes.  I am painfully aware from my past sugar hiatuses that withdrawal from sugar can be fucking brutal.  I have experienced extreme fatigue, headaches, mood swings, body aches, light-headedness, and distraction.  I knew I wouldn’t be able to avoid all these symptoms, but I wanted to withdraw in the least invasive way.

Today, seven days into my detox, and I feel pretty good.  This time I experienced extreme fatigue and was terribly distracted.  The body aches returned but not as bad as I experienced in the past.

Other than giving up sugar, I have employed other tactics to help me succeed and fight this lifelong problem.  I’ve started paying closer attention to labels.  I feel more informed now that I know what to look for and what to avoid.  I’ve started cooking real food, grown from the earth: fresh veggies, legumes, grains, etc.  When we cook our own food, we know exactly what is going in it.  I have taken back my kitchen, which had been hijacked by the food industry and take-out cartons.  I spent a full day reading about some of the new food plans (Keto, Plant-based, Paleo, Whole30), seeking out recipes on Pinterest (I posted some of my new, favorite recipes below) and mentally preparing myself for kicking the shit out of sugar once and for all.

I believe I’ll do it this time.  I know I haven’t succeeded in the past, but I have a lot riding on this decision.  I am getting older and I am raising a 7-year-old boy.  I am his only parent, and I want to live a very long, active life if I can help it.  I want to remain fit, not only for me, but so I can go on any adventure Kellan leads me on.  I don’t want to pass this sugar addiction on to my son.  I believe kids watch what their parents consume, and I don’t want him to watch his Mom getting a Skittles fix pre-dinner.  For these reasons and more, I am committed to beating this lifelong battle with the sweet stuff.  I have always had great respect for those who faced their demons and won.  Those people found something within themselves that allowed them to step forward when everything inside them was screaming “NO”. I have been deafened by the “no’s”, but today, the volume was a little less intense.  And tomorrow, well, I’ll let you know when I get there.

Yummy recipes that have helped the detox a bit less daunting:

Magnesium-rich foods (nuts and seeds, brown rice, quinoa, and avocado) are said to curb sugar cravings – so I upped my magnesium with these yummy recipes:

Some other helpful tips that have helped with the sugar withdrawal: