To Date or Not to Date That is the Question. After giving up on Dating Sites, How the Hell Can This Divorced, Single Career-Mom Find Love? 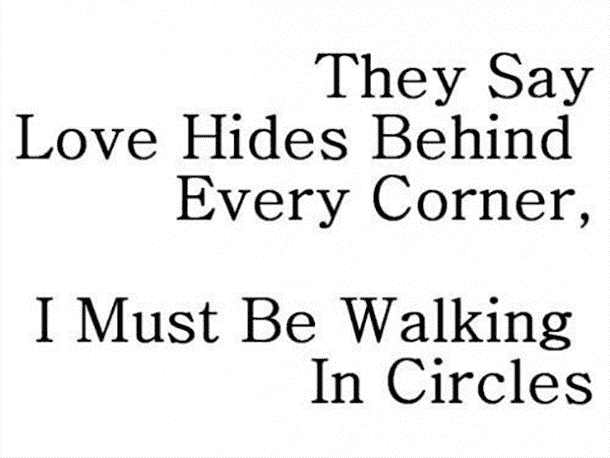 Truth be told, I don’t watch a lot of TV, I’m more into movies and my nine-year-old daughter, MSP, usually controls TV time to watch movies or now, pre-teen shows like Fuller House (kill me now!!!).  In the rare event I do watch anything, its HGTV but recently I’ve been obsessed with a show on Lifetime called, Married at First Sight.  The show is going into its 8th season and the 9th season is already confirmed.

Maybe it’s the eternal romantic bubbling under the surface of my jaded realist…my undying hope that true love does exist.  GOD! I rue the day John Hughes ever entered the cultural zeitgeist and produced some of my favorite Rom-Coms of the ’90s (most starring Molly Ringwald).  I blindly believed in the happy ending: Quirky, artistic chick meets popular hot dude.  He’s intrigued but battles his crew.  By the end of the movie he finally realizes she’s the one and rejects all his jock friends to declare his love.

And they lived happily ever blah, blah, blah…until she farted in bed and he came home late from a night out drinking with his buddies.  I mean really, what is a happy ending anyway??? Life is long, clunky, messy and has many highs and lows and through it all love evolves; John Hughes clearly forgot to mention this in his films.

So I binge on Married at First Sight, a very different take on the Hughes version of love.  For background purposes, the premise of the show is basically blind or arranged marriage.  Yes, as ridiculous as it sounds, it’s not a new concept.  The show adjoins algorithmic data to the age-old idea that your family and friends know better who is a fit for you and your future.

I was genuinely curious to see if arranged relationships are better when it comes to finding love, inspiring people to commit and their willingness to do the work to make it last (farts, beer and all).  Couples are paired using numerous tests, interviews, and other scientific evaluations to be matched up with a potential mate, and all couples agreed to meet for the first time on their wedding day.  Executive producer Chris Coelen’s interest in the show ties directly to his own romantic experiences. He actually met his wife on a blind date, so he already had a sense of how to try and find love with a complete stranger.

“Arranged marriages were widespread throughout the world until the 18th century. Typically, marriages were arranged by parents, grandparents or other relatives. Some historical exceptions are known, such as courtship and betrothal rituals during the Renaissance period of Italy and Gandharva marriages in the Vedic period of India.

In China, arranged marriages – sometimes called blind marriages – were the norm before the mid-20th century. Marriage was a negotiation and decision between parents and other older members of two families. The boy and girl were typically told to get married, without a right to consent, even if they had never met each other until the wedding day.

The lowest divorce rates in the world are in cultures with high rates of arranged marriages such as Amish culture of the U.S., Hindus of India, and Ultra-Orthodox Jews of Israel.   According to a 2012 study by Statistic Brain, 53.25 percent of marriages are arranged worldwide.”

Yes, there may be many reasons for the low divorce rate with arranged marriages; maybe women being ostracized by their community inspired them to stay married. Hell, it’s still pretty compelling data.

Considering I am a divorced middle-aged career mom, my chances for finding love are markedly low.  Add that to the fact that I’ve been on every single dating site with ZERO success.  I constantly barrage myself with questions like: Is it me?  Or, is it them?  Should I give up on love?  Maybe I just have to be patient (mind you I am the least patient person)? Is it just better to live a single happy life? Then the most desperate of all, maybe we missed each other, and I’ll meet him in the after-life? I mean seriously, this has gone too far…

As I shared previously, I gave up on dating about four months ago.  I decided to leave it to fate and deleted all my dating apps.  Well, folks, fate fucking forgot to send a guy (really any guy).  The net, net is that after giving up on dating apps, I have not had a date since.  Not one!

Ironically, after “dating” myself for the past four months, I’ve had the time of my life.  There is no pressure, no questioning, there are no worries about whether they will call or show up.  No ghosts or zombies.  No lies or sudden confessions about past transgressions.  No criminals.  No cheating.  No vampires.  No Liberal vs. Republican arguments.  And no being left at a club at 1am for a stripper. Life is delightfully simple, easy and fun as hell!

And yet, quite lonely.  Not because I’m alone (I am so blessed to have so much love and support in my life), but what I really miss is intimate companionship.  I miss having someone to laugh with, someone to share inside jokes, to go on adventures with, to be affectionate too.  I miss that last call of the day (FUCKING John Hughes!).  To spontaneously call and say, let’s go slam down some pizza and beers and sing karaoke (oh, wait, I’ve actually NEVER had that before with a boyfriend OR husband).  Still, I miss the idea of it; that connection with a partner.  I miss being touched.  And boy, oh boy, do I miss the sex!

Then I recalled a story my friend Yatisha shared.  She was a single mom for 11 years, and after dating a few men, all of whom turned out to be bat shit crazy, she gave up hope of finding a partner.  She gave up on the idea that there were any good men left in the world for her (I’m SO with her right now. I’m losing faith in finding a man that’s right for me).

One day, she had an epiphany and decided to challenge God.  She said “God, I DARE you! I DARE YOU to show me one good man, and I’ll date him.  No matter what he looks like, how much money he has, or how many kids he has.”

She tried dating sites but her circle of besties (who were also single career moms at the time), kept meeting the same men, unfortunately, these men were not right for ANY of them!  Right about the time she was giving up, she had an idea!

She decided to invite three friends in her outer circle to set her up on three dates with three different guys.  It couldn’t be her closest friends.  They had to be the outer perimeter to ensure that she would meet different men.  Three friends were brave enough to commit to playing matchmaker, and off she went on three dates…no questions asked, she just had to show up.

The first date went well, but not a match.  Yatisha dated the second guy for six months but that also didn’t work out cause he was too possessive and was literally in the midst of having his second child with his previous girlfriend (of course this would happen, cause it makes sense for a man to try and date while his baby mama gives birth to their love child…I CAN’T!).  She finally but reluctantly goes on her third date…guess what.  It was her last, and she is now married for two years to a wonderful (handsome, understanding, hard-working, loving, God-worshipping; her words) man that she is crazy about.  #truestory.

While marriage is not my end goal (in fact it should never actually be a goal), I felt inspired after recalling Yatisha’s story, so I decided to give this another shot.  However, to increase my odds of success, I needed to dissect why I haven’t found a match.   By curating a vast and diverse focus group of friends, we came up with ten core theories (why is it always ten?)… 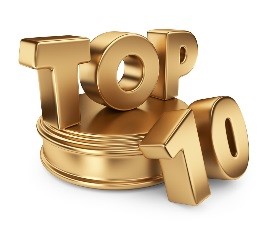 The Top Ten Reasons Why Cherry is Single…

Based on the plethora of incredibly beautiful/talented/smart single women out there, the odds of me finding love is a virtual impossibility.  But hell, only 1% of any man you date will be the “one” (if in fact there is only one. I believe in “the one” for right now).  Which means 99% of all dates are intended to fail.

With these odds against me and my past experiences as my dating MBA, I’ve decided to surrender and similar to Yatisha dare God (aka the Universe), DARE my friends and family to help me with this impossible mission…

Today, I DARE you friends and family (and even The Daily Feels community) to set me up on a date.  I’ll be agreeable to whoever you think might dig my freaky ways.  So let’s play the DF Dating Game with Cherry Maggiore, aka The Freak of Nurture.  Three Guys, Three Dates in the next Three Months.

I’ve asked a few good friends in my circle (not my besties) and already have two brave matchmakers at the ready!  I just need one more… so, are you down to solve an impossible mission? To be the ONE who becomes part of an epic love story?  To be idolized in the Daily Feels public forum?

(Cue Music: In Your Eyes by Peter Gabriel from the film Say Anything) 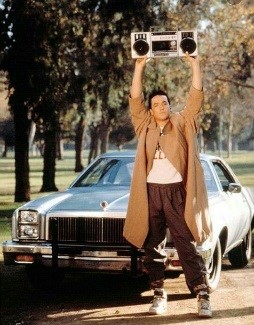 Will YOU be my cupid? Can you help me find my freaky mate? Do you know Lloyd Dobler’s doppelganger?  If you’re game, PM Cherry Maggiore…

Cherry Maggiore is the proud single mom of her 9-year-old super-sassy daughter (aka Miss Sassy Pants or MSP) and 15-year-old pug baby (Tiki Barber); in addition to being an award-winning senior marketing executive at NBCUniversal.

Beside her side hustle as the Freak of Nurture, she also started a home design company after being inspired by renovating and designing her 1880’s home in NJ.

This insanely curious and passionate “multi-potentialite” can be found dancing the Argentinan tango, swing and Hustle every Saturday, cooking her family an Italian Sunday dinner, singing and air drumming at concerts or searching for her next adventure.