A little bit about life, and the thoughts that are actually going through my head when I’m ignoring the people that are talking to me

When Janis asked me to write for The Daily Feels, I was honored. She wanted me to give some perspectives from a dad’s point of view. Other than writing a few lines on a status update or a text message, writing is not in my daily routine. I started to read some of the other bloggers and right away I knew I would be in some serious trouble. They were all smarter and better-looking people than me. I liked a lot of their styles, and being that I’m new, I thought I would copy Jessica, and start by telling you a little bit about me:

I met my wife online almost ten years ago. She is an amazing woman. She is the complete opposite of me. She was in the Peace Corps and she cares about other people (I do a little, don’t tell her…).  She is a Liberal (I’m an independent but probably more on the conservative side). I knew I was going to marry her after the first date. She has no interest in pop culture (has never seen Jaws).  She defriended me on Facebook because she does not like my posts, apparently, she does not like my sense of humor. Wait, why did I marry this woman again????

I have 2 boys: Cameron age 5, and Brady age 2. Most men become dad’s in their late 20’s or early 30’s. I was fortunate enough to become a father when I turned 40. Sometimes I feel a little old for the job when I see friends on Facebook posting about their kids getting into college, but age is just a number that has never bothered me. My wife drags me to all the birthday parties, and I find it hard to relate to some of the parents because they don’t even remember the Reagan administration. They haven’t even seen the classic 80’s movies from John Hughes… Shit, I can’t even quote John Bender without getting a weird look from them.
I’m a huge advocate for organ donation. I had a Kidney transplant in 2006. I have been completely healthy ever since. My sons will not carry the disease that I had, thank goodness. It baffles me that people do not donate when they pass away. For years I was embarrassed to tell people about my health issues. I didn’t want people to feel sorry for me. Now I am ashamed that I was not more open for all these years.
I am originally from Silver Lake (SLR…).  I grew up in a house with 2 older sisters, my mother, and grandmother. So I was surrounded by woman growing up. My father lives in Texas, I have no relationship with him at this point. Growing up in a house full of women has taught me to respect and treat women well. Something every man should know how to do.
I enjoy cuddling, long walks on the beach during sunset, a glass of wine to relax at the end of the day, and a good romantic comedy.  Sorry, those were lies from my online dating profile…
Every day at 11:11 I wish that donuts would someday have the same nutritional value as spinach. My wish has not come true yet.
I have read over 30 biographies on US Presidents. I find their lives fascinating. How they were brought up, and what made them want the loneliest job in the world.
For the past 23 years, I have been in the mortgage business. To say that I like my job would be like saying Trump is a good president and a good man.

My wife and I lived in Manhattan for 6 years before moving to Connecticut. Nothing made me happier than giving a tourist bad directions or recommendations to really expensive restaurants.

Now let me give you a few details of my life today:

It’s 3AM in the morning. I’m sound asleep in my comfortable, warm king size bed. Then my five-year-old son Cameron comes into our room, he climbs up into our bed, he plops himself down hard enough to wake up my wife and I.  He rolls around and makes himself comfortable, and typically takes up most of my side of the bed. He kicks me several times. I ‘m now wide awake, with just a little bit of space available to sleep. I could pick him up and bring him back to his bed, but I know that these nights will not last forever. I love the fact that he is lying next to me. This is one of the great moments of fatherhood. It was the hardest club I ever got into but once in you never want to leave. We all wish we could stop the hands of time with our children, they grow up so fast, One day you are carrying them everywhere, the next they are sort of independent kids that only need you for rides and money. As you watch them grow up you’re so proud of them, and what they have become, but you are also secretly wishing that you could read Good Night Moon to them one more time.

Everything in life is a compromise. We compromise with our partners, our kids, at work.

I try to make deals with my kids all the time. My wife doesn’t agree with it but I want them to eat their vegetables, and not have ice cream for dinner. So, if I say to them eat five more bites and you will get dessert, my wife gets mad at me, not in a bad way but she thinks it sets a bad example. She also thought me deep throating a banana in front of the kids was a bad example, and after little thought agreed. I know it will come back to bite me in my amazing ass in a few years when Cameron says, “if I eat the rest of my vegetables you have to buy me a new iPhone”.

Lately, I have been trying to work with them to clean up after themselves. Especially with their clothes. I find dirty, fucking socks all over the house, especially under the couch. Like why the hell did you actually stuff them underneath there? The clothes are everywhere in the house at times, they will learn where the laundry baskets are…I have decided with this there is no compromise to be made.

With my wife it is a little different, she “asks” if she can do something, knowing in advance that she is going to do it no matter what I say. Last week, for example, she wanted to go to the beautiful city of Hartford to see her friend get sworn into the state Senate and go to the inauguration balls. Spend the night up there. She worked a lot on the campaign and it is a passion for her. There was no way I could say no you can’t go. But on the flip side, she compromises with me and lets me watch football, play golf, go on golf trips. Everyone wants some away time, especially me but I understand there is a fine line in any relationship where neither participant should cross and take advantage of the other. I just wish kids understood this line instead of rewriting every time they want something.

I’m going to change course here and rant and give you some opinions:
– I think texting is the lowest form of human communication but we cannot live without it.

– I believe that social media is tearing this country apart even though I still love Facebook.
– I don’t want to see political posts. I think this is what ruins friendships. Look I don’t care what party you voted for, where you stand on gun control or the wall border. I get it that I’m probably in the minority here but I have always felt that I like a person for whom they are and how they ever treated me, not their political opinions.
– Something that annoys the shit out of me is that some dickhead came up with the brilliant idea of putting an overpriced shitty fucking gift shop at the end of every ride/attraction at an amusement park or museum. If I can get out of one of these places and spend less than $20 I get a boner I’m so excited. Sorry, had to get that off my chest.
– Netflix and Amazon prime are probably saving more marriages. Couples now can binge watch shows and have something to talk to each other about. Where Facebook is destroying marriages because now you can reunite with your old high school crush.
– Speaking of Amazon, they’re now killing more mom and pop stores than Walmart and yet no one gives them grief. Probably because we all love their service.
– I think The Real Housewives is the dumbest thing ever, if you watch one episode your IQ goes down a little, it’s even worse than anything with the word Kardashian in it.
– Celebrities and Athletes should shut up about politics. Can Madonna go away already?
– Why do they have a tip line on the receipt when you go in to pick up your food? Do I really need to tip the hostess for turning around and grabbing the bag?
– The west coast has way better fast food then the east coast.
– For every death in America, there is one less Newspaper reader, for every birth, there is one more internet user.
—————————————————————————————————————————————– 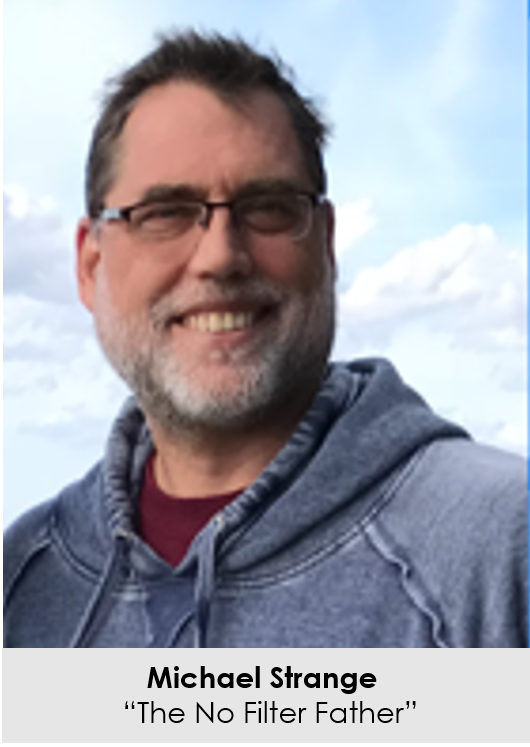 Native New Yorker, now living in Connecticut. Husband, and father of two amazing boys. Kidney transplant recipient, and a big supporter of organ donation #donatelife. Mortgage banker, but not by choice. In my free time, I enjoy golf, reading (especially presidential biographies), and finding that hole in the wall restaurant that has great food.