New Year, New You, right? RIGHT?! Not quite.

While it’s fantastic to be ambitious in setting resolutions, bettering yourself should never have a time stamp. The older I get, the more I realize how much I have negatively affected myself with timelines and time stamps. Whether it was: when I thought I needed to be married by, have children by, retired by, been an EGOT winner by (yeah, I was quite the ambitious ten-year-old), etc.  Those timelines did nothing but prepare me for what felt like… failure. No one deserves to do that to themselves, but I did it constantly. We all do it. Still we continually reflect on our year at the end of it, decide on the changes we need to make, then tell ourselves we need to start all of those changes as soon as we wake up on January 1st.

Reasons I won’t step foot in the gym on January 1st. A. Usually hungover AF. B. Usually exhausted AF from working. C. I absolutely can NOT handle how insanely crowded it is, as it’s full of people who have set these time stamps for themselves. Far too many sweaty people in one place for me, personally. I’ll see y’all there on the 2nd. Or the 3rd. Or maybe like the 8th, but don’t judge me! Jeez.

I had a pretty reflective end of 2018, due to both The Daily Feels and just the fact that I love to just sit and exist in my own thoughts and really, really think about things. It’s one of my strengths, as well as a weakness. I always find it fascinating how a quality can be so wonderful, yet so terrible at the same time. It’s those exact qualities that I feel really represent the root of who we are and who we become. I’m a ok with being a thinker, I just wish it wasn’t so damn maddening sometimes.

I made one immediate New Years resolution: to learn to say no to things. I’m failing at that one and only resolution so far. Oops.

I made many other New Years goals. These I had planned, and continue to roll out throughout the year, with no time stamp, no deadline, but just trusting that it will happen, when I am ready to.

Some of them are already happening. I’m reading daily, writing daily (even if it’s just for 10-15 minutes), and I’m forcing myself to have at least a short period of time every day to just be in my thoughts. None of these things I’m doing AS often as I like, but I am making them fit. My 2017 and 2018 felt like such a haze. My brain was constantly on overdrive.  I was constantly doing too much, and I very honestly remember very little from the past two years. That my friends is scary. Making time for those other things keeps my head a little less blurry, and making me really exist in my day, with a little more presence and cognizance.

As I said in my last post, 2018 was a year when I began to like, and even love myself again. It’s still a work in progress, but it’s pretty cool and was obviously needed. Doing those things and taking care of me, is the way to show myself the personal growth that began last year.

My other main goal was to get my fitness and eating habits back to a place that I am proud of. I have not begun this one yet. I know that I’m not ready to, and that when I am, I will be able to dive back into it and get back to the shape that I would like to be in.

I was at lunch a couple weeks ago with someone, and we were talking about when we’ve felt or looked our best. That was 2013/2014 for me. As I said to him though, when I was in “the best shape of my life”, I still hated what I looked like, avoided mirrors like my life depended on it, and still continually beat myself up about my physical flaws, each and every day. Now I look back at photos of that Peter, and I think, “Wow. You looked fucking great.” Or “Why the fuck did I let that go and how did we get to THIS?!” How sad that we can put ourselves down so much, that we can’t even recognize our own beauty.

I also have the fear of getting back into that shape, and again, still not being able to see any beauty in it. Therefore, I’m going to continue to hang off on that one until I’ve had a little more mental self-reflective time, and until my brain feels even clearer than it does now. And guess what, that’s fine. As long as you are good to your body, it doesn’t matter what you look like or how often you work out. Just be good to you.

My final goal for the year was to finally end my history of involving myself with emotionally unavailable men. Almost all of these things had to do with the fact that I didn’t really like myself. From teachers, to bosses, to narcissists, to sociopaths, to psychopaths, to married, to closeted, to straight, to drug addicts, to alcoholics, to abusive, y’all the list goes on and on! Especially in the past couple of years, the love for fuckboys had reached a whole nother level. MTV’s True Life: I’m Addicted to Fuckboys. That or basically a safe house for emotionally distraught or unstable penis (*insert eggplant emoji followed by any and all emojis that look INSANE*). Not only are they an addiction, but so is masochism (*shrugs while lowering head in shame*). When you realize that people have just continually taken and taken from you until you had nothing left to offer, and you really map out the routine and the cycles, it’s pretty terrifying. To me, I realized, Love was, fixing. Love was, a project. Love was, a form of work.

Real talk, I was celibate for a good amount of 2018 because of this. Not all, lol, but a good amount. If I was only going to have sexual relations with men that I couldn’t trust, then I needed to not be having sex with anyone. Point blank.

A couple of months ago, I met someone who felt and is, so, so very different than all of the guys that I’ve filled my past couple of years with.

While I am seen as an extrovert, I’m honestly pretty insanely introverted. I value my alone time, spend most of my time alone, and outside of work, I can be terrible at keeping in touch or being around people. I can get weirdly silent in public, I can be too lazy to text and have an extreme hatred and anxiety (hate my speaking voice) of talking on the phone.

I met this person, and very honestly, it was as if almost all of those things were lifted overnight. I hadn’t felt such a strong connection to a man that quickly and that supremely, since 2012, when I met J (J who lives on the other side of the world with his partner, and who always will, and who the universe helped show me the cruel side of love).

The past couple of months have been intense in a very welcoming way, and I’d forgotten I could be so happy just being around a guy who really didn’t want anything from me, outside of just the person I am. Who I wouldn’t mind seeing more than once a day, who I could spend 24 hours with without getting bored, who I could walk 60 blocks with without wanting to call an Uber, who I could whatttttt, talk on the phone with multiple times a day, and not want to commit mass murder. MINDBLOWING. It’s been like all of these foundations and walls I’ve found myself unintentionally building in my adulthood, were coming down in a way that felt effortless, and very simply put, right.

Alas, a couple weeks ago, Mr. Right told me something that should probably move him to the list of the history of wrong guys. Something he probably should have told me from day one. I use the word probably because a dependency has now been built up that keeps me from writing the word I should write, which is: “definitely”.

Just like that the strongest connection I’ve had in seven years, and possibly ever, felt different. What felt the most right, felt, wrong. And still, in no way, has been processed. All I’ve processed is that I am to the fullest degree, so sad about it.

The behavior you excuse, will usually, almost always, be your downfall. At a point, you must stop making excuses.

I feel weird submitting this blog cause I feel like it’s missing some of my humor, or relatability, or something. Really it almost feels like a selfish entry. This article is honestly for accountability to myself. To know the things I’m doing and not doing, and to verbalize them, and to put those words out into the universe, and know that for better or worse, actions have reactions. Own what you’re doing, and lead with an open heart and mind.

My ultimate goal in 2019 is to truly understand that I need to make myself a priority. So maybe a blog that is about selfish accountability, is actually, a step in that right direction. To take all the nurturing, compassionate energy that I shell out to others, and to give it back to myself. I need it. I deserve it.

In the immortal words of RuPaul Charles, “If You Can’t Love Yourself How In The Hell Are You Gonna Love Somebody Else?” Can I get an Amen? 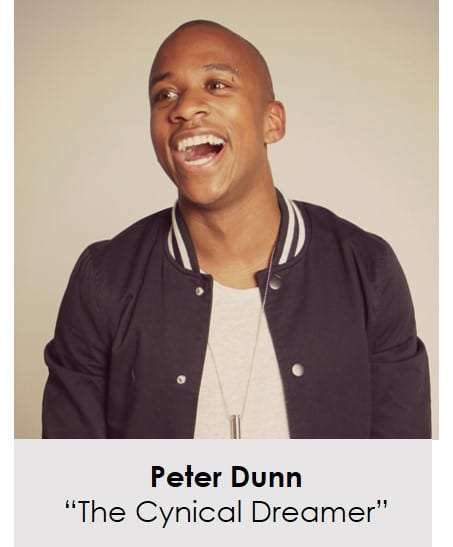