In May 2018, I made a choice to leave my corporate job. You see, I was brought in to “clean up” a failing division. I wasn’t told that. I was told “it’s a mom network. You will be making content to inspire moms!” This sounded right up my alley, so I dove in. Fast forward to 18 months later when accounting and I finally got all the messy numbers from prior to my arrival in order and realized…shit. There’s no more money to inspire moms. Our entire division was laid off a month later. Doors closed. I was out of work for doing my job too good. I mean, all honesty, it was bound to happen. Someone had to solve the mystery, but man, for once I didn’t like being the smart one at all.

I had been here before…a casualty of a merger. On the bright side, it’s forward ever and backward never, or is it? The next company I work for was smaller, 5 minutes from the house, a startup, but also terrible at managing money and needed some help. Six months into this job, I saw the writing on the walls. I was not where I was supposed to be at all. So, I quit. Again.

All the while, my son at home is struggling to connect socially, more abrasive by the day, and we were paying a ton in childcare. I quit the same day I got my son’s Autism Spectrum Disorder results. Looking back, I think I went a tad mad that day. I had given the “industry” everything I had for 10 years and while I had grown up the ladder and gotten a reputation as a fixer, my home life was very, very strained. In a split second, I realized my greatest promotion wasn’t going to come from a corporate boss. It was going to come from me.

I started shifting everything in my life to be present for my kids and my husband. I started managing my husband’s projects, online classes to help my son, yoga classes at home with my daughter to help her stay calm during Ollie’s meltdowns. I had always thought that by going to work, making a good paycheck, and having a 401k, that I was doing my best for my family. I wasn’t. They needed ME, not my money. And in all honesty, I very much needed them.

I hated seeing my son struggle to make friends & adapt at school; my husband was struggling to get his business to the next level. To be transparent, I was struggling too. I hated the content I was making. It was shallow and cheap. I was appalled by the entitled, caddy banter I heard in brainstorming sessions. For the first time in 10 years, I hated going to work.

I’m not against Corporate America. I am against people forcing themselves through a door that may not best suit them. I was changing but refusing to accept my change because I thought it meant I had to give up what I had been working toward since I was 8. Being a storyteller was my dream. I wandered onto a tv set filming behind my house and found a seat. I was sitting in “video village” where the executives sat and when they didn’t kick me out (probably for fear of liability), and I got a taste of what it took to really tell stories, there wasn’t anything else I would accept in my future. Now, I was terrified that if I got away from the scene, it would forget me. As a woman, that’s usually how it works.

Thank god I was wrong. What it did was give me room to experiment with platforms like The Daily Feels. It let me apply my branding knowledge to my husband’s business, which is now slammed with work and running smoothly. It gave me time to think creatively about what stories I wanted to tell and start developing again. I had time to take my son to his therapy sessions, take courses to help me learn to be his aid. I had time to take my daughter to the park, just me and her with my phone OFF.

I’ve worked like a dog since I was 15, to be better than where I started. I didn’t want to be a victim of circumstances. I wanted to inspire people to break glass ceilings, help people turn passions into progression, give hope to the hopeless…and I thought the entertainment biz would be the best place to do it. It still is. I truly believe that, but like everything in life…there is a time and place. Everything changes. The ones who keep going never look at the change as a loss. They look at it as a launchpad into the unknown where anything is possible. You get to put the steps in place. You get to channel your energy into your next step. You choose whether you are being shut out or just elevated. It’s all a mindset. That’s really it. I’m more of a storyteller now than I’ve ever been in my life. I catch myself listening so much more than I ever did before, to everyone in my life. Now, I realize that the last two years was God’s way of getting me back on track to my goal.

I’ll leave you with this…no one can devalue you but you. Never look at change as a setback. To move forward, you must take time building up all aspects of your life simultaneously. There is no, “I’ll handle that later”, in reality. It’s like hurdle jumping. You keep your eye on the finish line always, but you still must jump EVERY SINGLE hurdle between you and your goal. There is no shortcut. If you hit a hurdle that’s higher than you thought and fall on your face, you stay there until you can clear it. Then sprint forward until the next one is upon you. Hopefully, you remember what it took to clear the last one and this time, you clear it with ease. And so on. The best part of hurdle jumping in REAL LIFE is that NO ONE else is in your race. You don’t have to beat out someone else, but you must keep running. Get stronger. Train harder. Give yourself time to heal your awesomeness whenever it gets worn out. Then, just keep jumping those hurdles. 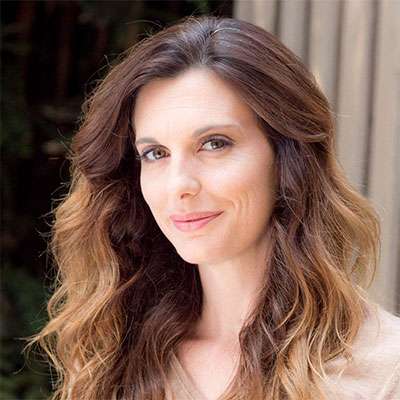