In Cases of Races and Races for Cures

I recently had the opportunity to take my 1 ½ year old nephew Dominik to see the monuments in Washington, DC. Dominik is half Puerto Rican, half Ecuadorian. Cutest curly hair, enviable eyelashes and dimples, and the most beautiful, smooth, brown skin. He is the product of a brilliant gene pool (I’m a bit biased…), and has the stamina, inquisitiveness, persistence and charm that his “Titi” (Auntie) believes will serve him well as the first Latino president of the United States.

As I stood with him in the Lincoln Monument, overlooking the skyline of our Nation’s Capital, I felt an overwhelming sense of grief and sadness by the recent desecration of our government and mockery of our political institutions. Here we are, standing in front of the statue of a man who led this nation through one of its greatest moral, constitutional and political crises, and we find ourselves living in the darkest abyss of American governmental history. I hear Abe doing summersaults in the grave.

Between cases of races and races for cures, contentious relations and calamitous pandemics have left us with too many literal and figurative casualties. The case of race lives in our face; the color of our skin still defines us, decides who lives and dies at the hand of others (to include viruses) and continues to dictate the nature of our livelihood and existence. Systemic racism is as immortal as a rapidly mutating virus; it feeds off weak hosts, creates a safe harbor and continues to propagate with ease. The only treatment against it is education. The only way to prevent it is to VOTE it out.

Instead he lives in a world where disparate racial realities are the norm. Merriam-Webster defines the word disparate as “markedly distinct in quality or character” or “containing or made up of fundamentally different and often incongruous elements”. Interestingly, the same word disparate in Spanish is defined as “something that is totally absurd, wrong or lacking logic or meaning”.

Racial realities should be equal; any incongruency in them is just absurd.

Cultural flavors add delicious seasoning to any race that is part of our proverbial melting pot.

Dr. Jennifer M. Peña was born and raised in Puerto Rico. She received her Bachelor of Science degree from Yale University in 2004, and was commissioned in the United States Army in 2008 after graduating from the University of Pittsburgh School of Medicine. She is Board Certified in Internal Medicine. Dr. Peña’s Army experience includes multiple tours of duty, to include a deployment to Afghanistan in 2012 in support of Operation Enduring Freedom rendering medical care to detainees in the Detention Facility in Parwan, and from 2014-2018 at the White House Medical Unit. She is the first Latina to serve as a White House Physician, and the first Latina and female to occupy the position of Physician to the Vice President. Dr. Peña ended her service to the Army on January 2019. She currently works as Medical Director for Oscar Health and Global Executive Medicine, and as concierge physician for INOVA VIP 360. She lives in Falls Church, VA with her husband and 5 dogs. 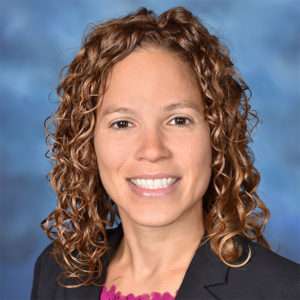