No Small Act of Kindness is Ever Wasted

As I write this, I am sitting in a hotel room with the umpteenth episode of Forensic Files in the background trying to make it to the finish line of a two-week training for a new job.  Unfortunately, I don’t want to share yet what the new job is, as there is still time to not make it.

When we arrived, I think, we were fascinated by a company whose values and energy emanated from presenters and leaders alike. It seemed everyone was living those values.  Everywhere we went- the dining room, the classrooms and the hallways, we were greeted by friendly smiles (you could tell under the masks) pleases and thank yous and my pleasures.

For a couple of days, I was like “Are they serious?” “Are these people for real?” And yet it seemed like it was.

There are approximately maybe 50 or 60 of us participating.  And as training began, small cliques began to form as people were drawn to each other based on language, ethnicity, cultural values, similar likes and dislikes.

Initially, I kept to myself, quietly observing and wondering how by day two there were groups who engaged in such lively conversations.  An outsider would think they knew each other for years.  I felt out of place awkward. I even started questioning if I should be doing this. (I’ll report after I’ve made it! LOL).  For the first couple of days when I went to sit to eat, I felt like that new kid in school even though we were all new.

Eventually I found my circle and we were all brought together by the same individual.  We will refer to him as “C”.  He is such a dynamic, friendly, energetic positive person.  His smile contagious.  Little by little he brought together a group of us ranging from 19 to me: 52!

And we clicked.  We share meals, stress and laughs. We get up early to study before breakfast and study late into the night.  We give each other pep talks when we start missing home or are disappointed because we missed a test by 1 question (Call me overachiever.) The training is intense with information overload.  Our days are long, the room sometimes is too cold and other times too hot.

We all passed our first test.  We were on our way.  We thought. Then disaster happened, our baby, the baby of the group which we unknowingly had adopted was sent home for not passing a couple of assessments.  He was so devastated and heartbroken.  And so were we! We couldn’t believe it. I still can’t believe it.

I for one didn’t know how to say goodbye.  I wanted to wrap him in my arms and offer him my spot in the class.  I would have traded with him.  After all I’ve done so much in my life and he is just trying to get started.   How did we become so invested in this young man’s future in such short a time?  I don’t know.  What I do know is that, somehow, we had become a little family and we were trying to make it out alive, unscathed and together.

I do have to say that I believe there were a couple things in place or not in place that went against some of the values they threw at us in the early days.

This boy, because at 19 that’s what he is, was not a test taker.  Super smart but he told us he didn’t perform well on assessments.  We tried to give him all types of strategies. But, in the end, he did what he said he does-freeze!  During the assessments, we had a different person, a sub, administering the test.  If anyone knows anything about education and assessments, having a different person (after having been taught by someone else) throws another monkey wrench in the assessment wheel.   So, coupled with not performing well on tests he forgot information that we heard him gush with ease repeatedly.

After failing two examinations, as per company policy, he was dismissed and sent home.  Having an educational background, I had many students who knew the content but couldn’t perform on assessments.  As a teacher, I had to find different ways for these students to show me what they knew.  We know there is no one size fits all model for learners.

Our baby wanted this so badly.  He was so disciplined.  He studied with us.  He took notes and asked questions.  But he blanked out and NOT one person had a conversation with him to find out what happened or how he could be helped.

I understand company policies.  I understand that for some companies, things just are.  And I am by no means saying that this company failed in living up to its values, even if I felt one person did.  Can’t let one bad apple make you give up on the whole tree. But it’s difficult to watch a kid who has been wanting something so badly have to pack his bags and head home.  Someone who became family to us.  A hard pill to swallow.

And, yeah! I know- it’s all about the timing!  When one door closes another one opens.   But I am pretty sure that is not what he wants to hear.  I know at that age that concept was unfathomable to me.

And so, I’ve been a little down.  We all have been. We keep wondering if things would have been different had our teacher been here. Or had someone approached him to have a conversation.  We will never know.

My hope is that I made a little difference in his life.  My hope is that even if our adopted son feels let down that at the very least having us as his “family” made up for it.  That he saw we cared about him.  We made it fun and we made it memorable for him. And hopefully he sees that his time here was not wasted and something good came out it—his little family—US! That our small acts of kindnesses made the biggest impacts on him.

But, I can’t wait for him to have his moment. 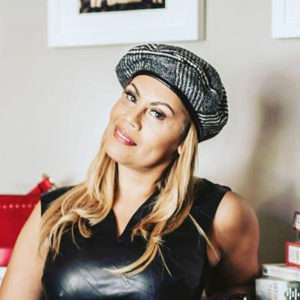