Is It Okay to be Wrong?

Before I get into my blog this month, I want to share that I have incredible men in my life.  It all started with my dad.  Growing up I witnessed him working hard, spending time with his family, always smiling and looking to put a smile on someone else’s face.  We gardened together and when it was time to replace our backyard garden with a pool, he and I cared for the pool together.  I basically was always by his side or over his shoulder watching him fix something or complete one of the projects on his endless to do list.  He taught me grace, kindness and generosity.  My dad passed away seven years ago and every day I miss him more because every day there are events and happenings in my life and my kiddos’ lives, I desperately want to tell him about, ask his advice on, and for him to be physically present.  Thankfully, I have my brother, Pete and my cousin, Kyle who I guess you could say did not fall far from the tree.  They are just as incredible and watching them build their awareness, fight health battles and win and move through the world reminds me the world is filled with amazing men if you are paying attention.

This brings me to another point I feel I need to acknowledge before I get into the whole being wrong thing.  I never thought there was a difference between women and men.  I believed society created the differences and we are all socialized from a young age according to our gender.  I still believe this to an extent, but what I know now from raising a boy and a girl is there are biological and neurological differences which effect how each reacts, interprets and interacts within their environments.  Simply put, hormones are powerful and they regulate every function within our bodies.  The hormone recipe for boys and girls are distinctive, so how they behave and respond is going to be different.   I see this with my children and now that one of them is thirteen I am intensely living it.

Okay, so now let’s get into why you are reading this blog.  I was sitting across from another incredible man in my life, Wes and I asked him what I should write about this month.  Without much hesitation he said, “there’s nothing wrong with being wrong.”  Of course, I had a lot of questions and after about thirty minutes of inquiry I learned that men don’t like being wrong or perceived to be wrong especially men in his line of work.  Let’s separate being wrong intellectually and feeling bad about being wrong and the mistakes that may or may not come from the wrong.  It’s a matter of knowing and feeling and it is all based on defining your worth or self-esteem on never being wrong and of course, always being “right.”  The men Wes was referring to have a great need to know, it’s okay to be wrong.  Do you know someone who fights to be right because his entire being along with the Earth’s rotation relies on him being right and if he is wrong, not only will the Earth stop rotating on its axis, but his entire existence will also be in question?  This is intense, right? I have definitely come across men with this level of commitment for being “right.”

So, I called my cousin Kyle and with a commitment of coming from a place of love and compassion we began to dissect being wrong.  My cousin lived led by his ego for a good part of his life.  He now jokes about it and has no trouble talking about the practices he has in place in order to live with a muted ego.  He has taught me a lot and is my go-to person for just about everything.  Everything is on the table and trust me we hash out some pretty intense shit.  I knew this one was going to go deep because Kyle knows and lives this and his honesty and open heart would definitely have us diving deep.  This is how our combined brains answer the question “is it okay to be wrong?”  Yes!  What it comes down to is accepting being wrong.  It really has to do with our consciousness and our levels of self-love and self-compassion.  I also believe it is just a given that we will be “wrong” and make “mistakes” because we are imperfect.  Human beings are not supposed to get everything “right.”  It is not fair to think an imperfect being could move through the world flawless.  In fact, it is the opposite.  There really is no such thing as a mistake.  It’s all learning.  We are imperfect with the ability to build awareness and learn from our relationships and environments.  We have complex brains which allow us to process, learn and get better (not perfect, better).

Our complex brains also come with an ego.  The ego is where our self-esteem lives.  This is what tells us it is wrong to be wrong.  This is where the motivation to argue what we most certainly know is the answer, “the way” so to speak with determination and might.  It is also where we struggle with our consciousness and our capacity to identify and define who we are as human beings.  Oh, the ego!  Kyle and I broke this down in a way we think will help others to understand.  I really hope we have come to a hypothesis and conclusion that helps.

The hypothesis is we have trouble accepting being wrong because we have not accepted that we are imperfect and placed on this planet to suffer.  When I write suffer, I mean the experiences that cause us pain, heartache, and loss that come with being a conscious being with a brain capable of complex processing.  Be careful with overusing it and overthinking (I wrote about this last month) because you will surrender to the suffering.  When we are unable to accept imperfection, we live stressed and anxious.  This puts us in fight or flight mode.  Basically, our bodies become triggered to respond to threat.  Not necessarily a real-life threat or even slightly life threatening, but rather a threat created by the over worked mind.  Our minds are capable of telling our bodies to get ready for battle or that we are going to be eaten by a hungry lion even when there is no gun at our head or lion running toward us.  Once in fight or flight our adrenaline kicks in, our heart rate increases, blood pressure rises, our pupils get bigger and increased amounts of glucose are sent to the brain.  Adrenaline is a hormone secreted when we are under stress, excited, in danger or threatened.  It causes us to react quicker without thought or feeling, simply reacting to stay alive.

This is an extreme amount of disruption for anyone to handle.  Now image having to live all amped up for all of your waking hours believing someone or something is after you.  This is what happens when you believe your existence is under attack and you will fail to exist if you happen to make a “mistake” or are “wrong.”  We eliminate this threat when we realize this is created by our overactive imaginations.  We get to be “wrong” and we get to learn.  We get to experience the world with all of our senses and know we are safe because we are imperfect.  In conclusion, human beings react to their environments based on over thinking and often forgetting we are imperfect with all the over processing.  There are no mistakes, there is no right or wrong, there is only living full out, messy and complex and in a constant state of conscious learning.  In this case it’s all okay. So, if you choose to define life in terms of “right” and “wrong” and you get stuck believing you can never be “wrong” just remember you get to embrace imperfection.

Kyle, I hope I adequately captured our conversation.  You are a brilliant man!  Wes, thank you for the inspiration and taking the time to share your perspective.  I hope I shed some light on “it’s okay to be wrong.”  Whether a man or a woman basing your existence on always being “right” is exhausting physically and mentally.  You cannot live joyful in fight or flight mode.  It’s time to realize you are not wrong, you are human and possess the awareness to dismiss your ego, relax knowing no one is coming after you for being imperfect, take some deep breathes, accept your complexities and know you are amazing.

Kristin Asadourian is a personal development and leadership coach.  Her coaching practice is strongly influenced by her work as a social worker and a community organizer, which taught her the importance of community, compassion and confidence.

She is the founder of Living Become, LLC an organization focused on delivering workshops, educational materials and keynotes to empower all people, KA Coach, a confidence and leadership building business, the Los Angeles based arts education not for profit, Artists for Change, and the documentary film company, Seeroon Productions which produced the internationally recognized film, “Beginning Where the Soviet Ends: A Study of Social Work in Armenia.

Kristin works to inspire people to live their true potential.  She can be found living her truth guiding young people and adults through leadership workshops, coaching individuals and small groups, speaking on building self-awareness and self-confidence, out for long bike rides, on the trials for a run and making messes with  her two children and their goldendoodle. 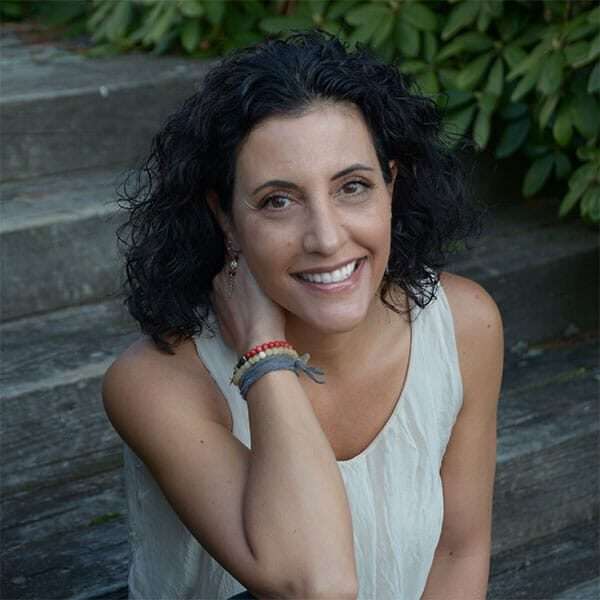