The Reality of Losing 100lbs

I was overweight my entire life…

I was just like any other kid…except that I wasn’t. There was no rhyme or reason for me being overweight and it boggled my doctors, my parents, and eventually me. I didn’t realize I was different until Kindergarten when the teasing started. I would deflect with humor and just push my feelings down as best as I could. It wasn’t until middle school where I couldn’t do that anymore. That was also around the time I felt like I needed to start dieting.

High School was when I went on my first diet. I tried Slim Fast which didn’t work (not that I’m surprised now). Eventually, I started trying anything and everything available to me. I took out dairy, gave up soda, and started doing aerobics tapes at home (yes…tapes). I did manage to lose a decent amount of weight through High School, but once I started college…that’s when my eating disorder also began!

While in college, I was diagnosed with and struggled with anxiety and migraines. Between those and the stress of school, I began emotional binge eating. This caused me to balloon up in weight and start trying all the fad diets all over again (plus new ones). I’d lose a little, gain more, lose a little, gain more. I was in this cycle almost through all of my 20’s and it was exhausting.

I finally got to a point where I knew I needed to do something drastic….I needed to change my life! At first I thought weight loss surgery was my only option, but realized I needed to address the demons INSIDE. This led me to a decision to go to a weight loss camp. In a way it was like being on The Biggest Loser (without the competition)…workouts all day every day, meals were prepared based on your individual caloric needs and we’d also attend group meetings. This is where I was able to address my emotional binge eating and figure out WHY! This was critical to my success going forward and I am so grateful to have had that experience. However, the rest of it was a continuation of eating less, moving more and everything will be ok. That just isn’t how it works (shocker…I know).

From August of 2011-August of 2013 I lost 102lbs…not without a number of things that could have easily derailed me. After the first year I was down 40lbs. I did this by eating less and moving more…to the point of being obsessive! It was actually making me much more unhealthy. I ended up contracting a rare parasite, developing severe adrenal fatigue syndrome from obsessive exercise, leaky gut syndrome from “diet” foods and agoraphobia! During this time I became allergic to all the meds I was on as well as most of the food I was eating! It was really scary and the one person who should have been there for me (my husband at the time)…wasn’t.

This next year would change my life FOREVER!

I worked with a number of doctors (functional, Chinese medicine and herbalists) as they were the ONLY ones that looked deeper than just a blood test and vitals to actually figure out what was going on. Withdrawing from my medications, my limited diet and being home alone for months was A LOT to deal with, however, during this time I found myself again! By the spring of 2013, I had asked for a divorce, gotten through withdrawal, was able to eat a very healthy array of foods and take daily walks. I moved in with my parents and before I knew it was down another 60lbs. Finally dealing with the root cause made my life so much better and me so much healthier than I had ever been!

In late 2013, a producer from Dr. Oz reached out and they made me featured guest on the Dr. Oz Show! It was a major high point in my life to know that I was an inspiration to others after a lifetime of struggles! Unfortunately, this was also the year everything would start changing again! In May of 2014 I had a second abdominal myomectomy surgery for uterine fibroids. For those who don’t know uterine fibroids are tumors that grow in and around your uterus. Doctors say that they don’t have much of an answer as to why this happens, but it is due to something called estrogen dominance. Basically…an overproduction or an unbalancing of one of our critical female hormones! This one was the size of a small watermelon and surgery was the only way.

After the surgery, I lost a few more pounds due to a complication and being sick from IV antibiotics. My weight then stabilized for a few months, but by the fall, I had already gained 10lbs. Was I being lazy? No…I was training at the gym doing HIIT workouts 5-6 days a week. Was I eating poorly? No….I was eating cleaner than ever to make sure I kept the weight off. THIS…this is the story that will go on from 2014-2017. Every year I’d work harder and every year I’d gain another 10lbs. Just to lose 10lbs for my wedding in 2016, I had to workout 2 hours a day and measure every ounce of food that went into my body! NOBODY should have to live like that. If you do, it’s a sign that more is going on inside your body than meets the eye. Those 10lbs I lost came back 2 weeks after returning home from our honeymoon!

In late 2017 during a Barre class, I injured my shoulder. This is where things got really dicey for me! I was in so much pain on and off for years. Physical therapy, cortisone shots (which can aid in weight gain) and inactivity due to fear of reinjury lead to even more weight gain. I was sick about it all. Everything was being taken away due to something I couldn’t figure out how to control and injuries! Through it all I was still eating right and doing whatever I could to keep healthy!

In 2019 I had to make the very difficult decision at 36 years old, to have a total abdominal hysterectomy. This would be the third open abdominal surgery I’d have over the course of 8 years. At this point it was survival and I had no real choice. It was a difficult recovery and I was told my weight would stabilize and I’d be able to lose more easily. Those were both lies!

I’m grateful for the good the surgery has done, but besides that it wreaked havoc on my hormones and I gained 25lbs less than a year post-op. Quarantine also happened less than a year post-op and I began prioritizing my sleep, exercising twice a day, counting macros, intermittent fasting…basically doing all the things that were recommended to me (by a new functional medicine doctor and holistic nutritionist) to help me lose weight. Guess what? I lost and gained the same 6lbs for 8 months until I said…I’M DONE!!

Over all these years since losing the weight, I’ve gained 70 of those 102lbs back. It is hard not to be angry, frustrated and sad about it most days, but it’s no way to live. I am determined to figure out what the root cause is and I’m on my way to doing that. I’m working with amazing people who can help and I know I’ll get there someday. In the meantime, torturing myself by starving my body and over exercising isn’t how I plan to spend my time! It always does more harm than good!

I’ve used social media to share my story a few times, but usually, people just look at my “after” picture, don’t read the story and comment saying “you look beautiful”. Others will give it a like and not even look! There is so much fakery out there of people having weight loss surgery and saying “Oh I just eat better now” and not saying they had surgery, manipulation of photos, fat-shaming, fit shaming, thin shaming….it’s exhausting for all of us! Just like your fingerprints, nobody shares your body and on top of that, nobody’s opinion of your body should hold more weight than your own! We need to look at each other without judgement, without bias and just appreciate each other for the people we are INSIDE!

One last reminder for those that are also struggling: YOU know yourself best, so trust in yourself, be honest, follow your path and embrace the journey with open arms! You’ve got this!

Self-employed piano and voice teacher, wellness enthusiast, fur mama living in CT. I love anything creative from music to crafting and photography. I love to be in nature and in the warmer months you’ll find me there. 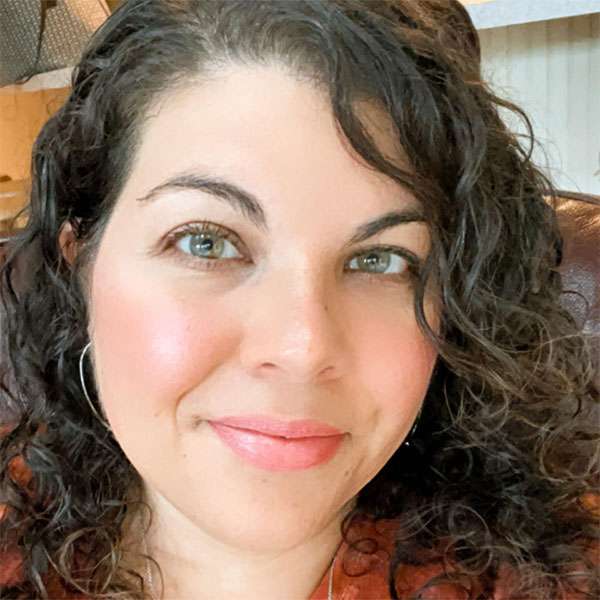