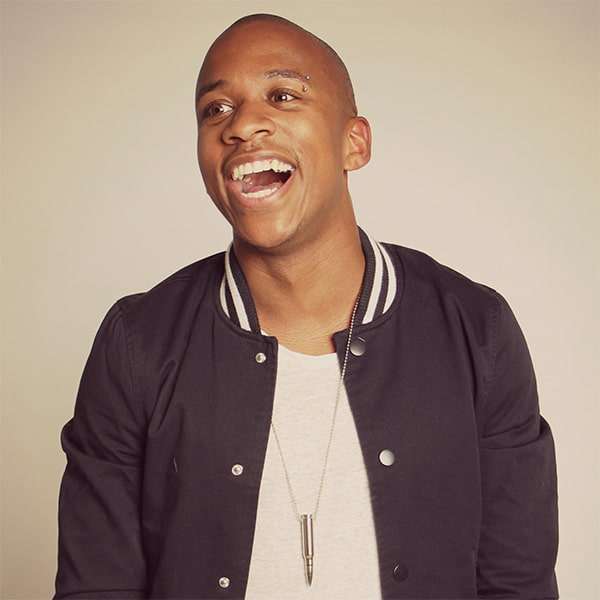 His professional passions include: film, music, literature, helping other artists thrive and all around storytelling

His current loves are his dog, Domino, a whiskey neat, and in case you didn’t know, his mother is the greatest human being on earth ❤

“So Long, Farewell” October 21, 2020 It’s really weird not actually getting to say goodbye to a place you called home for half a decade. It’s…
Finally A Crackin’ August 19, 2020 *wakes up* *looks around cautiously not budging from bed yet*   YEP, this is still reality. The smallest part of me…
A LETTER FROM A BLACK MAN IN AMERICA June 1, 2020 Damn. I can not stop crying. I want you all to know and understand that it’s not a purposeful thing…
THE QUARONATINE CORONICLES (CHAPTER… ???) April 29, 2020 As I walked on my Handmaid’s Tale walk of the day, face mask on, hoodie up, I passed a corner…
HAPPY BIRTHDAY TO THREE February 26, 2020 Dear Lil Petey, You are a light. Never forget it. Even at five years old right now, your soul and…
Baby Steps January 28, 2020 How is your 2020 going so far? Life is weird. We spend our time on this one moving globe and…
“I’M STILL STANDING (BETTER THAN I EVER DID) – uh, Not Quite. #workinprogress” December 27, 2019 A year ago today, the man I had been spending almost every day (for two months with), told me he…
The Roller Coaster I Did Not Agree to Ride November 26, 2019 Every day I feel like I’m fighting with myself on how to not become (more) cynical.  2019 is almost over,…
B: The Man That Got Away September 26, 2019 Sometimes our lives don’t pan out exactly the way we thought they would. This has been an underlying theme in…
DANCING ON MY OWN July 16, 2019 I cry a lot.  Like, a lot.  Not in front of people usually, but on my own, the water gates…
ADULTING: Memoirs of Someone Trying to Figure. It. Out April 25, 2019 I had the most random epiphany the other day when I was in the shower. My shower time is my…
THE MOON, THE CLOUDS, THE HEART PART II March 28, 2019 Blogger: Peter Dunn - "The Cynical Dreamer" For me, it started as just another day. Just another day that I…
THE MOON, THE CLOUDS, THE HEART. PART I. February 21, 2019 Blogger: Peter Dunn - "The Cynical Dreamer" Since I can remember, The Little Prince has been my favorite book of…
New Year, New You, right? RIGHT?! Not quite. January 24, 2019 Blogger: Peter Dunn, "The Cynical Dreamer" While it’s fantastic to be ambitious in setting resolutions, bettering yourself should never have…
The Little Fire That Could December 19, 2018 BY: Peter Dunn - "The Cynical Dreamer" Last NYE I wore a pretty epic gold sequins blazer, that I had…
On November 6th, We Vote! November 2, 2018 BY: Peter Dunn - "The Cynical Dreamer" Ever since I turned 18, I’ve been big on exercising my right to…
A Simply Planned Goodbye September 19, 2018 BY: Peter Dunn - "The Cynical Dreamer" It is currently 2:04pm. My latest blog deadline was this afternoon. However, I’ve…
A Boy I Knew… August 23, 2018 Married By: 26 Kids By: 30. WHO DID I THINK I WAS, THINKING THIS WOULD HAPPEN?! Now, while I will…
If You Can Handle Me August 1, 2018 When I first got asked to join the writing staff of The Daily Feels, I kept telling myself that my…